In 1980, SVSU student David Torrez and assistants painted a monumental mural on the side of the Ryder Center.  This was at the height of the community mural movement in the United States, in which many Mexican-American artists took leadership, inspired by Mexican muralists of the 1930s. 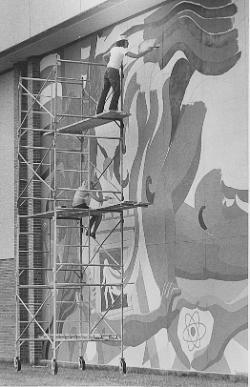 When an addition to Ryder was built, obscuring the mural, Torrez was commissioned to paint a smaller canvas replica, now displayed on the second floor of Groening Commons, Curtiss Hall. 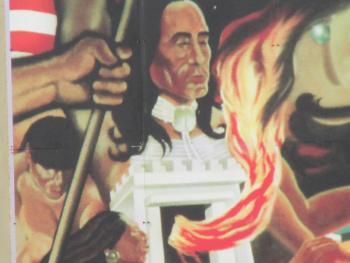 The university’s gift to the city of Saginaw’s 150th Anniversary celebration in 2007 was a 40' digital replica of the mural.  The production of the was managed by former Art major Clyde Araujo '05.  It was hung on the side of First Merit Bank, and was dedicated by Angie Torrez at a concert of Mexican music in Morely Plaza, July, 2007. 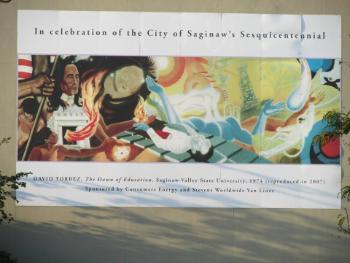 Ann Ransford, adjunct faculty in the SVSU English Department, published this article about Torrez's original mural five years after it was completed.  It includes a descriptive poem she wrote in its honor. 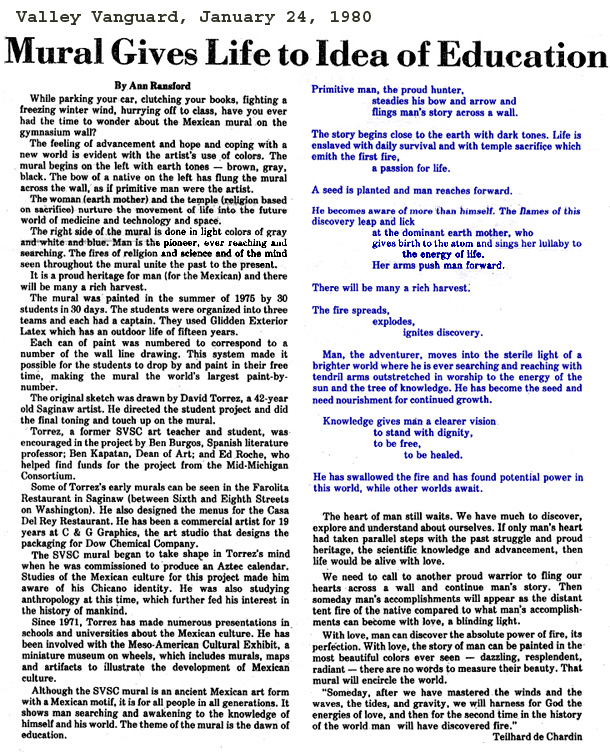