Attendees included students, community supporters, business and civic leaders throughout the region. This collaborative effort of the Great Lakes Bay Region replaces several individual community events that have annually commemorated Dr. King, which is extremely beneficial to the various funders who support these events. 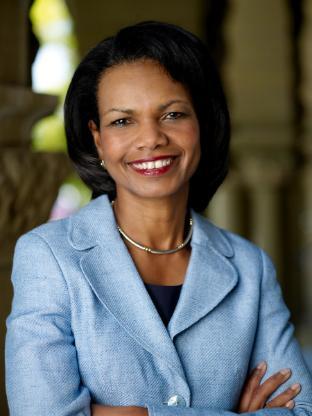 This year, 66th Secretary of State Dr. Condoleezza Rice is the featured guest in a virtual fireside chat, moderated by Dr. Mamie T. Thorns, SVSU associate vice president and chief diversity officer for diversity, equity and inclusion. From January 2005 to January 2009, Rice served as the 66th Secretary of State of the United States. She currently serves as the Denning Professor in Global Business and the Economy at the Stanford Graduate School of Business, the Thomas and Barbara Stephenson Senior Fellow on Public Policy at the Hoover Institution, and professor of political science at Stanford University. Rice is also a founding partner of Rice, Hadley, Gates & Manuel LLC, and since September 1, 2020, has served as the Tad and Dianne Taube Director of the Hoover Institution. She also served as Stanford University’s provost from 1993 to 1999.

Prior to the fireside chat with Dr. Rice, CEOs from the Bay, Midland and Saginaw Community Foundations will announce MLK Regional Scholarships that have been awarded to local high school seniors. Kenneth Jolly, SVSU professor of history, will introduce a video production created by the student scholarship recipients based on King’s address to the House of Representatives of the First Legislation in the State of Hawaii on September 17, 1959, in Honolulu, Hawaii.

Another highlight of the program will be the presentation of the 8th Annual Drum Major Awards, which recognize nominees who selflessly perform daily acts of service in their communities. Delta College President Michael Gavin will deliver remarks on each Drum Major Award recipient. This year’s honorees are Darold Newton, Bay County; Erin Patrice Walker, Midland County; and Waheed Akbar, M.D., Saginaw County. 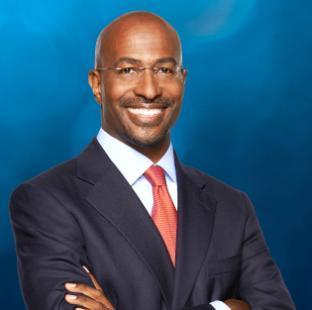 Van Jones is a Yale-educated attorney who serves as president and founder of Dream Corps, a nonprofit focusing on social justice. He appears regularly on TV as a correspondent on CNN and a commentator on political talk shows such as NBC’s “Meet The Press.”

Previously, he worked as the green jobs advisor for President Barack Obama in 2009. In that role, he helped coordinate $80 billion in green energy recovery spending.

He authored three New York Times Bestsellers including “The Green Collar Economy, The Definitive Book on Green Jobs;” “Rebuild the Dream, a Roadmap for Progressives;” and “Beyond the Messy Truth: How We Came Apart, How We Come Together.”

He received recognition over the years from several organizations. He was the recipient of the World Economic Forum’s "Young Global Leader" designation, Rolling Stone’s “12 Leaders Who Get Things Done,” Fast Company's “12 Most Creative Minds On Earth,” a Webby Special Achievement Award and Time’s “100 Most Influential People in the World.” 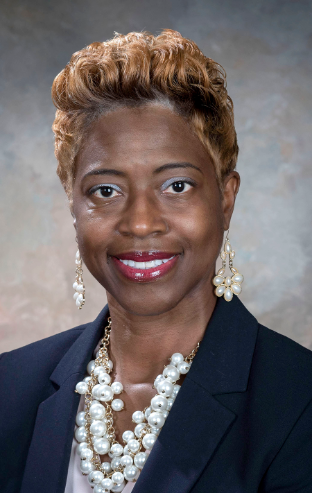 Jones is a trailblazer. She became the first woman to receive a bachelor’s degree in physics from the University of Arkansas at Pine Bluff in 1994. Six years later, she was the second African-American woman to earn a Ph.D. in physics in the state of Alabama when she graduated from Alabama A&M University. In her career, Jones thrived in an industry where professionals rarely looked like her. Many of her peers are male. And most are white.

Lauded as one of NASA’s Modern Figures, Jones travels the nation as a motivational speaker in hopes of inspiring youths to seek careers in the science, technology, engineering and math (STEM) fields. She also wants to serve as a role model for other women and minorities.

“No matter what your color is, no matter what your gender is, what matters is what’s in your head,” she said in a 2017 interview. “For the ones who made it out and have good jobs, we need to go back to those communities and serve as role models to show those students that STEM is the way to go.”

During her career, she received awards including the Center Director’s Commendation honor from Marshall Space Flight Center and Glenn Research Center as well as the Extraordinary Achievements in Aerospace Engineering award presented by Alpha Kappa Alpha Sorority, Inc.

Jones provides scholarships to students active in her home church, First Baptist Church, in West Helena, Arkansas. She also hosts a “Science Day” at the schools she attended before college.

As the Senior Advisor to President Barack Obama from 2009-2017, Valerie Jarrett oversaw the Offices of Public Engagement and Intergovernmental Affairs and chaired the White House Council on Women and Girls.

During her career at the White House, she helped diverse groups of advocates with efforts to strengthen and improve access to the middle class and championed equality and opportunity for all Americans. She also worked on campaigns to end sexual assault, empower working families and promote early childhood education.

Prior to serving in the White House, Jarrett was the CFO of The Humanity Company in Chicago, Chairman of the Chicago Transit Board, Commissioner of Planning and Development, and Deputy Chief of Staff for Chicago Mayor Richard M. Daley.

Jarrett received her bachelor’s degree in psychology from Stanford University in 1978 and received a Juris Doctor from the University of Michigan Law School in 1981.

Carter is responsible for guiding and directing efforts globally to create a more diverse and inclusive environment and workforce. Before assuming her current responsibilities, Carter held the role of North America commercial vice president for Dow Packaging and Specialty Plastics. Her responsibilities included developing and driving the business strategy and delivering value creation initiatives that would help better serve customers and the entire industry. Carter is a board member of Kids’ Meal, a nonprofit organization in Houston that seeks to end childhood hunger by delivering free healthy meals. She is an active member of The Links, Inc., which serves the Houston community through educational, civic and intercultural activities. Carter has also been published in the Journal of the American Health Information Management Association and featured in the Huffington Post and MORE Magazine. In 2014, Carter was named to the prestigious Forty Women to Watch Over 40 list for her innovative leadership contributions.

This regional event will not only be a celebration of Dr. King, but also a celebration and recognition of youth in our communities. The community foundations, collectively, have established and implemented a scholarship opportunity to be awarded to high school seniors across the region who have demonstrated Dr. King's teachings. Previously, the community foundations have awarded as many as (15) $1,000 scholarships. 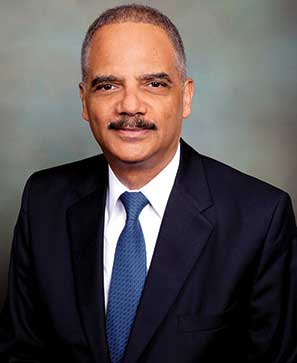 While attorney general, the New York City native oversaw efforts to address critically important issues arising at the intersection of law and public policy, including national security investigations and prosecutions; landmark antitrust, environmental, fraud and tax cases; the defense of voting rights and marriage equality; and reform of the federal criminal justice system. In 2014, TIME magazine named Holder to its list of “100 Most Influential People,” stating he “worked tirelessly to ensure equal justice.” After his departure from the Department of Justice, he returned to the law firm of Covington & Burling and is a resident in their Washington, D.C., office.

N. Cornell Boggs III has served as senior vice president, general counsel and corporate secretary for Dow Corning since 2012. In that role, he is responsible to lead the company's global legal, corporate security, and government relations functions. Prior to joining Dow Corning, Boggs served as chief responsibility and ethics officer for MillerCoors, LLC, and worked in the corporate legal departments of several companies. Boggs began his career as a judicial clerk for the Court of Appeals of Indiana, followed by an appointment as a trial attorney at the United States Department of Justice. He completed a bachelor’s degree and a law degree at Valparaiso University, where he currently serves on the board of directors. 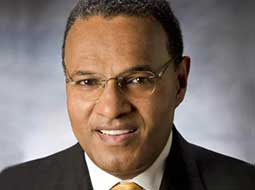 Freeman A. Hrabowski, III
President of UMBC (The University of Maryland, Baltimore County)

His research and publications focus on science and math education, with special emphasis on minority participation and performance. He chaired the National Academies’ committee that produced the recent report, Expanding Underrepresented Minority Participation: America’s Science and Technology Talent at the Crossroads. He also was recently named by President Obama to chair the newly created President’s Advisory Commission on Educational Excellence for African Americans.

In 2008, he was named one of America’s Best Leaders by U.S. News & World Report, which ranked UMBC the nation’s #1 “Up and Coming” university the past five years (2009-13).  During this period, U.S. News also consistently ranked UMBC among the nation’s leading institutions for “Best Undergraduate Teaching” – in 2013, other universities on the list included Duke, Cal-Berkeley, Princeton, and Brown.   TIME magazine named him one of America’s 10 Best College Presidents in 2009, and one of the “100 Most Influential People in the World” in 2012.  In 2011, he received both the TIAA-CREF Theodore M. Hesburgh Award for Leadership Excellence and the Carnegie Corporation of New York’s Academic Leadership Award, recognized by many as the nation’s highest awards among higher education leaders.  Also in 2011, he was named one of seven Top American Leaders by The Washington Post and the Harvard Kennedy School’s Center for Public Leadership.  In 2012, he received the Heinz Award for his contributions to improving the “Human Condition” and was among the inaugural inductees into the U.S. News & World Report STEM Solutions Leadership Hall of Fame.

Examples of other honors include election to the American Academy of Arts & Sciences and the American Philosophical Society; receiving the prestigious McGraw Prize in Education, the U.S. Presidential Award for Excellence in Science, Mathematics, and Engineering Mentoring, the Columbia University Teachers College Medal for Distinguished Service, the GE African American Forum ICON Lifetime Achievement Award, the American Educational Research Association’s Distinguished Public Service Award, and the American Association for the Advancement of Science’s (AAAS) William D. Carey Award; being named a Fellow of the AAAS, Black Engineer of the Year (BEYA) by the BEYA STEM Global Competitiveness Conference, Educator of the Year by the World Affairs Council of Washington, DC, and Marylander of the Year by the editors of the Baltimore Sun; and being listed among Fast Company magazine’s first Fast 50 Champions of Innovation in business and technology, and receiving the Technology Council of Maryland’s Lifetime Achievement Award.  He also holds honorary degrees from more than 20 institutions – from Harvard, Princeton, and Duke to the University of Michigan, the University of North Carolina at Chapel Hill, Johns Hopkins University, Georgetown University, Haverford College, and Harvey Mudd College.

With philanthropist Robert Meyerhoff, he co-founded the Meyerhoff Scholars Program in 1988. The program is open to all high-achieving students committed to pursuing advanced degrees and research careers in science and engineering and advancing underrepresented minorities in these fields. The program is recognized as a national model, and based on program outcomes, Hrabowski has authored numerous articles and co-authored two books, Beating the Odds and Overcoming the Odds (Oxford University Press), focusing on parenting and high-achieving African American males and females in science. He and UMBC were recently featured on CBS’s 60 Minutes, attracting national attention for the campus’s achievements involving innovation and inclusive excellence.

A child-leader in the Civil Rights Movement, Hrabowski was prominently featured in Spike Lee’s 1997 documentary, Four Little Girls, on the racially motivated bombing in 1963 of Birmingham’s Sixteenth Street Baptist Church.

Born in 1950 in Birmingham, Alabama, Hrabowski graduated at 19 from Hampton Institute with highest honors in mathematics. At the University of Illinois at Urbana-Champaign, he received his M.A. (mathematics) and four years later his Ph.D. (higher education administration/statistics) at age 24.