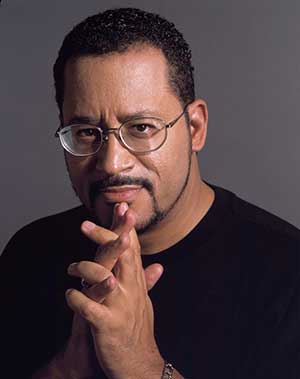 writer, and a contributing editor of The New Republic, and of ESPN's The Undefeated website. His rise from humble roots in Detroit to his present perch as a world class intellectual, noted author of 19 books, prominent leader and national media fixture testify to his extraordinary talent. Dyson has also taught at other elite universities like Brown University, The University of North Carolina at Chapel Hill, Columbia University and The University of Pennsylvania.

Dr. Dyson has won many prestigious honors, including an American Book Award and two NAACP Image Awards. Ebony magazine cited him as one of the 100 most influential African Americans, and as one of the 150 most powerful blacks in the nation.

Dyson's influence has spread far beyond the academy in his roles of renowned orator, highly sought-after lecturer, and ordained Baptist minister. For the last quarter of a century, Dyson has also enlivened public debate across the media landscape on every major television and radio show in the country, from The Late Show with Stephen Colbert to Real Time with Bill Maher, from Good Morning America to The Today Show, from NPR's All Things Considered to its Talk of the Nation, from the Tavis Smiley Show to Def Poetry Jam, from This Week with George Stephanopoulos to Meet the Press, and Face the Nation -- and several programs on ESPN.

Dyson’s pioneering scholarship has had a profound effect on American ideas. His 1994 book Making Malcolm: The Myth and Meaning of Malcolm X, was named one of the most important African American books of the 20th century and was also named a "Notable Book of the year" by the New York Times. According to book industry bible Publisher’s Weekly, Dyson’s 2001 book, Holler if You Hear Me: Searching for Tupac Shakur, helped to make books on hip hop commercially viable.

And Dyson’s 2005 New York Times bestseller Is Bill Cosby Right? Or Has the Black Middle Class Lost Its Mind? helped to jump start a national conversation on the black poor. Dyson’s book, the critically acclaimed New York Times bestseller The Black Presidency: Barack Obama and the Politics of Race in America, has been described by The New York Times as "an interpretive miracle." It was a finalist for the prestigious 2016 Kirkus Prize. Dyson's recent book, the widely praised New York Times bestseller Tears We Cannot Stop: A Sermon to White America, has been described by the New York Times as "One of the most frank and searing discussions on race ... a deeply serious, urgent book, which should take its place in the tradition of Baldwin's The Fire Next Time and King's Why We Can't Wait. Dyson's eloquent writing has inspired Vanity Fair magazine to describe him as "one of the most graceful and lucid intellectuals writing on race and politics today."

Dyson’s latest book, What Truth Sounds Like: RFK, James Baldwin and Our Unfinished Conversation About Race in America, has been called by Kirkus “an incisive look at the roles of politicians, artists, intellectuals, and activists in confronting racial injustice and effecting change,” and an “eloquent response to an urgent – and still-unresolved – dilemma.”

Dyson's legendary ascent – from welfare father to Princeton Ph.D., from church pastor to college professor, from a factory worker who didn’t start college until he was 21 -- may help explain why writer Naomi Wolf terms him “the ideal public intellectual of our time." 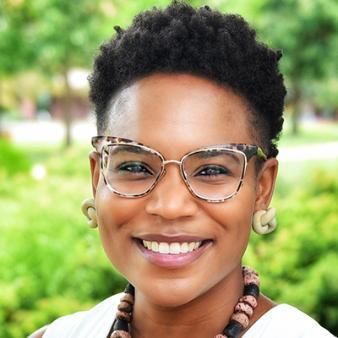 e methods and critical theories of race to explore Black kids’ performances of citizenship and activism. Dr. Woodson is particularly interested in the civic stories adolescents tell as they think through intersections of race, gender, sexuality and religion.

She received her Ph.D. from Michigan State University.

Dr. Woodson is inspired by haiku poetry, Afrocentric graphic artists, humorous protest posters and 90s R&B. She has published in Urban Education, the Journal of Lesbian Studies, the International Journal of Qualitative Studies in Education, and Theory and Research in Social Education. Her work has been funded by the American Educational Research Association, National Science Foundation and Spencer Foundation.

Dr. Chris Howard is the eighth president of Robert Morris University near Pittsburgh, Pennsylvania. He is a distinguished graduate of the United States Air Force Academy and earned a doctorate in politics as a Rhodes Scholar from the University of Oxford. He also has an MBA with distinction from Harvard Business School, and in 2018 he received the school's Alumni Achievement Award. Dr. Howard's service to his country began as a helicopter pilot, then as an intelligence officer, where he was assigned to the elite Joint Special Operations Command. He served in Afghanistan in the Air Force Reserve and was awarded the Bronze Star. He also served as the Reserve Air Attaché to Liberia.

Dr. Howard aims to make RMU the preferred strategic partner for corporations, organizations, professionals, and aspiring professionals in the Pittsburgh region and beyond. The university is nationally ranked by U.S. News & World Report and is now undertaking a $50 million capital project, the largest in its history, which will include the UPMC Events Center.

Before coming to RMU, Dr. Howard was President of Hampden-Sydney College in Virginia, and vice president for Leadership & Strategic Initiatives at the University of Oklahoma. Previously he worked in General Electric's Corporate Initiatives Group and Bristol-Myers Squibb’s Corporate Associates Program. Dr. Howard has served on the National Security Education Board, appointed by President Barack Obama, and the MyVA Advisory Committee for the U.S. Department of Veterans Affairs.

He is a member of the board of directors of the Allegheny Conference on Community Development and a member of the Council on Foreign Relations and the Young Presidents Phi, also known as the Boule, the oldest African-American fraternity in the United States Organization. He is a Henry Crown Fellow at the Aspen Institute and a member of Sigma Pi.

Dr. Howard won the Campbell Trophy, the nation’s highest academic award for a senior college football player. He is a member of the Verizon Academic All- American Hall of Fame and a winner of the NCAA Silver Anniversary Award. He also is a member of the National Football Foundation Awards Committee, the Knight Commission on Intercollegiate Athletics, and the College Football Playoff Selection Committee.

Dr. Howard is the founder and a trustee of the Impact Young Lives Foundation, a nonprofit organization that brings South African college students of color to the U.S. for summer educational and cultural tours. His wife, Barbara Noble Howard, is the foundation's executive director and a native of South Africa. The Howards have two sons, Cohen and Joshua.