Donald J. Bachand was appointed Saginaw Valley State University’s fourth president in February 2014. He first joined SVSU in 1978 as an assistant professor of criminal justice and rose through the ranks of the faculty and academic administration. Bachand served as SVSU’s vice president for academic affairs starting in 2006 and added the responsibilities of provost in 2010. During that time, SVSU received new accreditations by the National Association of Schools of Music in 2009 and the National Accrediting Agency for Clinical Laboratory Sciences in 2011; seven other accreditations were renewed on his watch. Prior to becoming vice president, Bachand served nearly 10 years as dean of the College of Arts and Behavioral Sciences, the largest college in terms of the number of academic departments. As a faculty member, Bachand played a leading role in the growth of SVSU’s criminal justice program, which had a small number of students when he arrived but grew into one of the most popular majors by the time he became dean. He received the Landee Award for Teaching Excellence, SVSU’s highest honor for classroom teaching, in 1987, and Michigan Association of Governing Boards Distinguished Faculty Award in 1988. Prior to SVSU, Bachand served 10 years with the Detroit Police Department, where he spent several years on patrol, in investigation, and in supervisory positions including press relations officer for the Chief of Police, and also as a member of the strategic planning division. Bachand earned his bachelor's degree at Mercy College, a master's degree at the University of Detroit, a Ph.D. at the University of Michigan and he completed an executive management program at Harvard University. President Bachand is active in various professional and community service organizations. He is a member of the boards of the Great Lakes Bay Regional Alliance, Michigan Baseball Foundation, Saginaw Future, Midland Center for the Arts and the Citizens Research Council of Michigan. He is also a member of the Community Affairs Committee and the President’s Council of Michigan Public Universities. 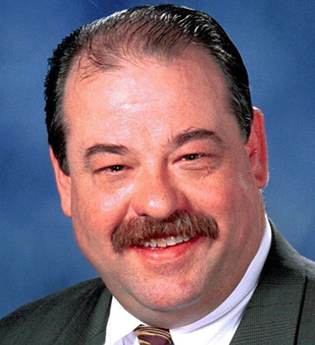 Lt. Governor John D. Cherry is the 62nd Lt. Governor of the State of Michigan and a seasoned leader who has successfully worked to ensure that state government is efficient and shares Michigan's priorities. He has more than 20 years of service in the Michigan Legislature as a State Representative, State Senator and Minority Leader. Cherry has received many awards and honors and was named the 2005 Conservationist of the Year by the Michigan United Conservation Clubs (MUCC). He also served as a gubernatorial appointee to the Midwest Higher Education Compact and was a past chair of the International Great Lakes Commission. As a legislator, Cherry focused on the issues that were most important to Michigan citizens - families, the quality of life in Michigan, the environment and Michigan's great outdoors. He has authored and co-sponsored several milestone Michigan laws dealing with workers' rights, environmental protection and conservation. Cherry received a bachelor's degree in Political Science from the University of Michigan in 1973 and a master’s degree in Public Administration from the University of Michigan, Flint in 1984. He was awarded an Honorary Doctor of Laws degree from Saginaw Valley State University and an Honorary Doctor of Public Service degree from Central Michigan University. Education: • University of Michigan, B.A., 1973 • University of Michigan- Flint, MPA, 1984 • Saginaw Valley State University, Honorary Law Degree • Central Michigan University, Honorary Doctor of Public Service 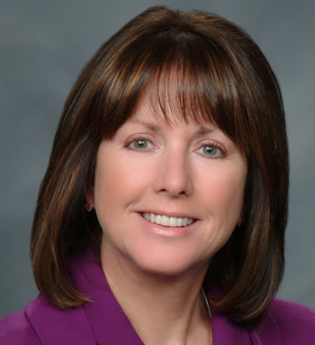 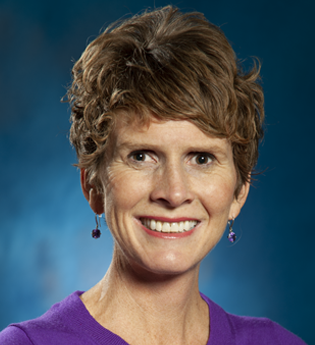 Lindsay Stevens Eggers serves as the President and COO for Stevens Group, Inc., a nationwide family-owned moving & storage company that’s been doing business for more than 110 years. Prior to her current role, she served as the Vice President of Finance at Stevens. As a key leader since 2009, Lindsay leads her team to act with accountability, focus and excellence. Previous to her career at Stevens, Lindsay worked at Accenture Consulting, specializing in PeopleSoft Financial Software Implementations. She holds a Master’s of Business Administration Degree from Ross School of Business and Bachelor of Science Business Administration Degree (graduating Summa Cum Laude) from the University of Colorado. She currently serves as President and COO for the Stevens Group, Inc. Board of Directors, a Saginaw Advisory Board member for Chemical Bank, a Board member of the Michigan State Chamber of Commerce, a Board Member for the READ Association of Saginaw, Trustee for the Bay Area Community Foundation, member of the Bay Area Community Foundation Women’s Philanthropy Circle, serves as the Treasurer for Linwood Beach Association and volunteers as a Sunday School teacher for Church of The Hills in Bellaire, Michigan. Lindsay was previously the Junior and Senior High School Youth Group Director at First Presbyterian Church served as a Board and Finance Committee Member for the YMCA, was Chairman of the Next Generation Affinity Group for the Stevens Center for Family Business and was Chairman of the READ Association of Saginaw. 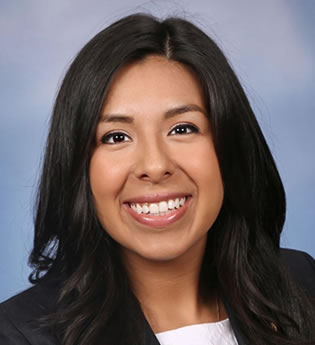 Vanessa Guerra, of Saginaw, currently serves as the Saginaw County Clerk. She previously served as the State Representative for the 95th House District and as a trustee with Bridgeport Charter Township. Ms. Guerra holds Bachelor of Arts degrees in Political Studies and Latino Studies from the University of Michigan and a Juris Doctor degree from the University of Detroit Mercy School of Law. She is a member of the Michigan Association of County Clerks, YWCA Great Lakes Bay Region Board, and Saginaw TempleArts Board. 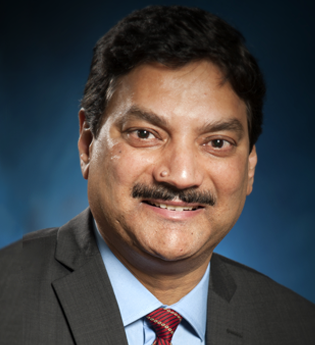 Mr. Kulkarni is the founder and CEO of the software company InfoReady Corporation and the IT consulting firm GDI Infotech, Inc. He also serves on the board of directors for Ann Arbor SPARK and leads the organization’s Foreign Direct Investment Committee. Mr. Kulkarni holds a bachelor’s degree in mechanical engineering from Mumbai University in India and a master’s degree in mechanical and aerospace engineering from West Virginia University. 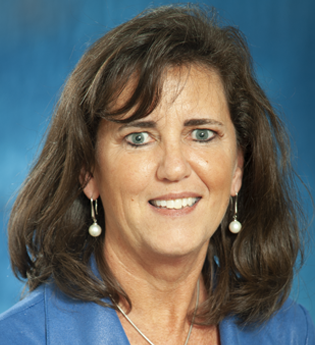 Ms. Rupp was appointed to the SVSU Board of Control in 2015. She recently retired from The Dow Chemical Company as the corporate director of service management in the Business Services Group. Her career with Dow has included responsibilities as research & development director supporting multiple business, global regulatory affairs director, global remediation director and global director of business process services. 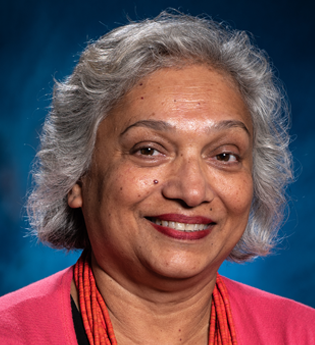 Rajkumari “Raj” M. Wiener is the founder of RWC Advocacy—a governmental affairs law firm. Prior to starting the firm, she served as Director of the Michigan Department of Public Health overseeing health policy, local health departments, human water supply, air, food and work environment quality. She was the Chief of the Bureau of Health Facilities regulating all licensed health care facilities and Certificate of Need approvals for medical services. She also served as Deputy Director of the Department of Licensing & Regulation (Now Department of Licensing and Regulatory Affairs), overseeing licensing of occupations, health care professions and the Insurance Bureau (now OFIR). She also worked on Capitol Hill for 9 years as a key legislative and political advisor to former United States Congressman Bob Traxler. Raj was admitted to the practice of law in 1984. Raj serves on the board of Sparrow Hospice House; she is a past local board member and founder of organizations promoting youth physical activity, hockey, lacrosse, and the majority owner of an NAHL Jr. Hockey team. Raj is a graduate and recipient of the distinguished alumni award of Saginaw Valley State University and the Columbus School of Law, Catholic University of America. Education: • Columbus School of Law, Juris Doctor, December 1983 • Saginaw Valley State University, Bachelor of Science, Biology, 1973 • Central Michigan University, Master of Sport Administration, 2014 Community Involvement: • Williamston Sunrise Rotary • Williamston United Methodist Church • Community Volunteers for International Programs (MSU) Board • Sparrow Community Care Board • Sparrow Hospice Advisory Board • Saginaw Valley State University Foundation Board • Steiner Chorale 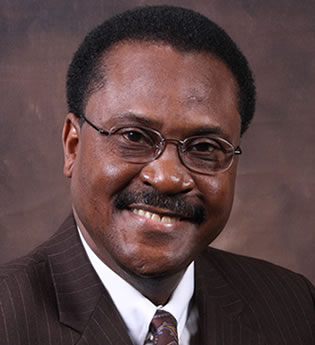 Carl M. Williams, of Saginaw, is the first vice president of the NAACP Saginaw Chapter. He previously served as the manager of public relations for the Michigan Prisoner Re-Entry Initiative, as the State Representative for the 95th House District, and as a member of the Saginaw City Council and Mayor Pro-Tem. Prior to his election to public office, Mr. Williams was employed by Delphi Steering Systems as an Employee Assistance Program coordinator and manufacturing supervisor. Mr. Williams holds a Bachelor of Science in Business Administration from Central Michigan University. He is a current member of the Black Leadership Advisory Council.

Former Board of Control Members

Mary Kowaleski
Secretary to the Board of Control
makowale@svsu.edu
989-964-2597