a biology major,
studying the seeds of a African tree
hoping to help newly freed slaves.

“In my time at Saginaw Valley, I’ve worked on more projects that I find interesting and that I’m personally involved in than anything I’d ever pictured.”

You’ve heard politicians talk in metaphors about planting seeds to grow an economy.  But James Polega’s research might actually do that for a small country in Africa.

For James and his teammates, the work has been all about a tree that grows in Ghana, on the plains of West Africa. It’s an ordinary-looking tree — not one you’d expect to improve agriculture in a small African country. Or to save lives, for that matter.

But the seeds of the humble neem tree are rich in liminoids — a natural pesticide.  In fact, the oil seems to perform feats chemists 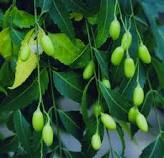 would drool over:
• First, it’s a pesticide, keeping insects away from the plants you apply it to.
• Second, the oil appears to change the way plants grow — for the better, especially in Africa. When sprayed with the oil, plants devote less energy to growing above the ground and more to growing underground.
The result? Decreased water loss from the plant’s leaves and increased root growth in the ground — all the better to absorb water and nutrients.

James explains all this with a resolved smile, his hands just as much a part of the conversation. You can tell he’s passionate about the science — as well as the lives it could help.

But that’s another story:

In a town called Frankadua, Ghana, activists at the Baptist Vocational Training Center rescue women from a practice called trokosi. In trokosi, a woman is sold as a slave to a witch doctor, often to atone for her family member’s purported wrongdoing.
The training center recovers these women and teaches them skills so they can support themselves — skills like sewing, cooking or hairdressing.

Why not teach them how to grow vegetables, too?

What is a Neem Seed?

A neem seed looks like an almond, except it’s even smaller than a peanut. The seed is inside the tree’s fruit, which resembles an olive. Animals will eat the neem fruit’s flesh, but once they reach the pit, they spit it out — it’s bitter, like sulfur.  The oil is brownish-reddish, a few shades darker than peanut butter. Actually, it smells like a mixture of garlic and peanut butter.
“Whenever I work with it, people can tell,” James said. “That smell is not delicate.”

Folklore in Ghana says that you can crush the seed, knead it like bread, and derive an oil.

What James has been doing is studying what the ideal conditions for producing this oil: the water you add, the temperature you do it at, the amount of time you knead it. And then he studies the oil’s stability, seeing as water — an ingredient in the process — actually degrades those crucial limonoids.

“The extraction methods are kept secret,” James said — no patents on them yet.

But it’s not a secret they plan to keep for long. This spring, Dave Karpovich will be leading a study abroad to Ghana for students to teach the method the team has developed to local natives for them to use.

The goal is to teach local women how to collect the seed’s oil.

Meanwhile, the corporation develops the best process to distill the oil, commercializing an all-natural pesticide — all without chemicals’ negative side effects.

A Path to His Future

For James, already accepted to medical school, the path he followed has surprised him over and over.

“In my time at Saginaw Valley, I’ve worked on more projects that I find interesting and that I’m personally involved in than anything I’d ever pictured.” 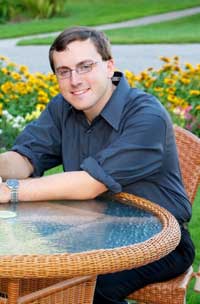