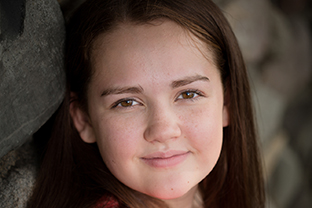 Saginaw Valley State University students are determined to continue to support charitable causes in Michigan’s Great Lakes Bay Region. They invite nonprofit leaders in the community to submit applications by May 24 to become the beneficiary of SVSU's new-look Battle of the Valley campaign, which has raised more than a half-million dollars for organizations since 2003.

The deadline was established by SVSU's student government — known as Student Association — along with other important dates for the week-long fundraiser now scheduled to take place this fall from Oct. 6-11.

The calendar was established in the wake of a makeover for the yearly tradition that previously involved a fundraising competition between the students of SVSU and Grand Valley State University. GVSU students withdrew from their role in March.

SVSU students' passion for philanthropy inspired Student Association leaders to quickly move to continue the fundraiser, now organized exclusively by SVSU and re-branded as Battle of the Valley. Student Association recently appointed Madeline Lowry, a rehabilitation medicine major pursuing studies in occupational therapy at SVSU, to serve as the chairperson for Battle of the Valley.

The Lake Orion native said she treasures the annual fundraiser for the way in which it unifies students, faculty, staff and friends of SVSU who enthusiastically support local causes.

“This year, we have the potential to reinvent ‘The Battle’ and make it whatever we want it to be,” Lowry said. “My vision for 2019 is to not only continue to fundraise money like we have in the past, but to also help our community understand why we ‘battle’ and learn about the benefactor that is chosen.”

SVSU students raised $36,210 or the Barb Smith Suicide Resource and Response Network during the Battle of the Valleys fundraising competition in October 2018. Between SVSU and GVSU, the universities raised a combined total of $652,385 since Battle of the Valleys started in 16 years ago. SVSU contributed $425,657 — or 65 percent — of that total.

SVSU Student Association student leaders anticipate the efficient reorganization of the annual tradition means the fundraising will not skip a beat in terms of amount collected this year. In fact, the 2019 fundraiser will take place during its traditional timeframe: the week leading up to the football game between SVSU and GVSU.

Nonprofits interested in submitting applications to become the 2019 charity partner should go online to svsu.edu/battleofthevalleys. A link to the online application is available near the bottom of the webpage.