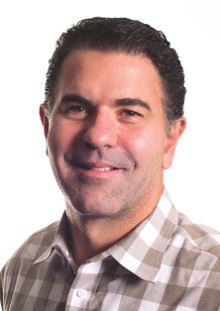 After Patrick McInnis graduated from Saginaw Valley State University in 1988 with a Bachelor of Arts in criminal justice, he departed from the expected course. Instead of pursuing a law degree, he joined the staff of Rock Financial, which later became Quicken Loans, as a loan officer. Rising through the ranks, Patrick was named president of Quicken Loans in 2002. He held that position until 2009, when he was named chief executive officer of Fathead, LLC, the industry leader of officially licensed sports and entertainment graphics. Since assuming that role, Patrick has led Fathead to better financial performance and profitability.

An avid sportsman, Patrick is minority owner in the Cleveland Cavaliers NBA basketball franchise. He has received recognition throughout Southeast Michigan for his contributions to area youth, community and athletic organizations. He and his wife, Julie, reside in suburban Detroit; they have four children.