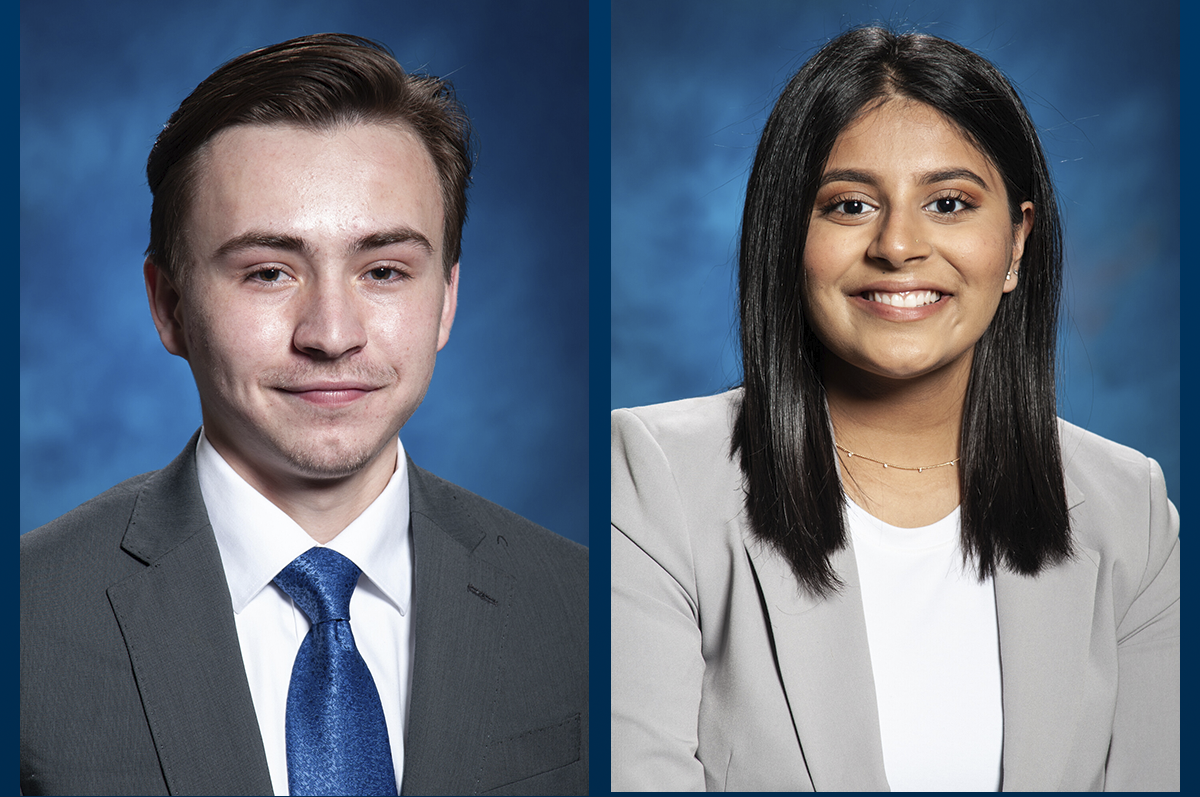 Two Saginaw Valley State University students have been selected to serve on a voter engagement task force for the State of Michigan.

The Collegiate State Advisory Task Force was founded in 2019 with the goal of improving civic engagement among younger voters. The task force intends to address issues such as voter registration and misinformation.

Baker became aware of the task force through his role as the coordinator for Cardinals Vote, a nonpartisan on-campus initiative encouraging SVSU students to participate in the democratic process. Baker hopes that through serving on the task force, he will gain experience which he can make use of on campus.

“I would like to learn new and creative ways to help convey the importance of civic engagement with students at SVSU,” Baker said.

Patel first learned of the opportunity to serve on the task force from her professors in the SVSU political science department. She looks forward to assisting fellow undergraduates with participating in the democratic process.

“I hope to actively combat voter misinformation and serve as a resource to students who may have questions about the process of voting in our state,” said Patel.

Patel and Baker are both officers for College Democrats at SVSU. Patel is also a part of Law Club and is a member of SVSU’s Henry Marsh Institute for Public Policy, a program which prepares students to become advocates for change in the Great Lakes Bay region.

The two of them credit their involvement at SVSU for preparing them to serve on the task force.

“SVSU has also allowed me to substantially increase my network and build new and meaningful relationships both inside and outside of the classroom,” said Patel.

“Through the political science department, open communication on various political topics has been encouraged and facilitated, which is important in nonpartisan organizing,” said Baker.

While youth voter engagement is generally lower than other age groups, efforts like the Collegiate Student Advisory Task Force appear to have an impact. For the 2020 presidential election, youth voter turnout increased by 11% from 2016.

Baker expects to graduate from SVSU in 2025 and plans to attend law school following graduation.

Patel expects to graduate from SVSU in 2024. From there, she plans to enroll in a dual law school/master’s degree program.

Baker and Patel mark the second time SVSU students have served on the task force. Josie Luttman, a 2021 SVSU graduate (bachelor’s in social work), was appointed to the task force in its inaugural year.