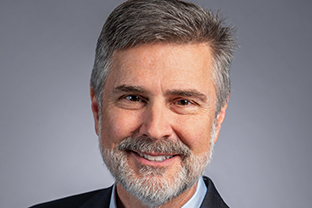 Saginaw Valley State University has hired an experienced educator – with a passion both for preparing the next generation of teachers and developing individuals already leading classrooms – to serve as the new dean of the institution's College of Education.

James Tarr will join SVSU after more than three decades spent working as a teacher, researcher and faculty leader at the K-12 and higher education levels, including most recently at the University of Missouri.

Tarr said he was excited for the opportunity to join an institution with SVSU's strong reputation for empowering individuals in the education sector.

“One of my favorite sayings is, ‘To teach is to touch the future.’ Today's college students are passionate about making a difference in the world, and a career in teaching is an essential way to cultivate a new and brighter future.”

Deborah Huntley, SVSU provost and vice president for Academic Affairs, said she was impressed by Tarr's experience as an administrator and his strong record of research and teaching.

“We are looking for a strong leader as we work to respond to the current and looming teacher shortage across Michigan, as well as other changes in the educational landscape,” Huntley said.

“Our College of Education has been growing in enrollment, and we want that momentum to build. We are confident Dr. Tarr has the qualities and experience we need, and we welcome him to SVSU.”

Tarr served in various roles at the University of Missouri, which he joined as an assistant professor in 2000 and was promoted to associate professor in 2006. After earning his status as a professor of mathematics education in 2013, he served first as the associate director and later as chair of the university's Department of Learning, Teaching & Curriculum. In those roles, he oversaw expansion of online education; developed graduate programs; and advocated for policies that favored diversity and inclusion among students, faculty and staff.

He served in leadership roles for several University of Missouri programs exploring the influence of various math education approaches on students. Among those programs was a research initiative known as the COSMIC (Comparing Options in Secondary Mathematics: Investigating Curricula) project, which examined how different math education curriculums impacted teaching and learning in U.S. high schools.

As an educator, Tarr also demonstrated a passion for studying the influence of math education. He authored 65 scholarly papers and presentations that appeared in professional journals, books and academic conferences. He also served as chairperson of the National Council of Teachers of Mathematics research committee from 2012-13.