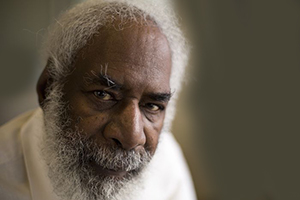 Dave Stickles and Carolyn Wierda as well as the late Charles L. McNair were selected as the 2020 recipients of the Martin Luther King Jr. Drum Awards, given annually to leaders in the Great Lakes Bay Region who best embody the cultural ideals of Dr. King.

Stickles and Wierda will accept their awards while a family friend will accept McNair’s award on his behalf during the Great Lakes Bay Regional Martin Luther King Jr. Celebration scheduled Wednesday, Jan. 22, at 7 p.m. in SVSU’s Malcolm Field Theatre for Performing Arts.

The event is free and open to the public. Ruth D. Jones, who is a leader with NASA and a trailblazer in her industry, will deliver the keynote address at the event.

The three Martin Luther King Jr. Drum Award recipients will receive a $1,000 award for a charitable organization of their choice. Each recipient is honored for work performed in Bay, Midland and Saginaw counties, respectively.

McNair will be recognized as the Saginaw County recipient of the award. McNair, who died in December 2019 at the age of 85, is remembered by members of the community as a beloved educator, mentor, and friend. He worked over 50 years in education as a teacher, counselor, principal and father figure to students and educators alike. He served in a number of roles for the Saginaw Public School District. He also contributed to communities outside of the classroom. For over 30 years, he helped organize the Saginaw African Cultural Festival, which is one of the longest-running festivals celebrating African culture in the United States.

Stickles will be recognized as the Midland County recipient of the Martin Luther King Jr. Drum Award. After retiring from Dow Corning Corp. in 2005 after 32 years, Stickles continued channeling his passion for STEM in part by helping to organize the annual Midland-based Sci-Fest event, which offers hands-on science activities and demonstrations for the community. He has served on the board of the Huntington’s Disease Society of America Michigan Chapter since 2000 in several roles including vice president. Stickles also has volunteered with Midland Special Olympics as an assistant basketball and softball coach. He has volunteered for Big Brothers Big Sisters of the Great Lakes Bay Region in Midland for 34 years.

Wierda will be recognized as the Bay County recipient of the Martin Luther King Jr. Drum Award. She serves as SVSU's special assistant to the president for STEM Initiatives. Before joining SVSU, she led a distinguished career in K-12 education as a teacher, principal, assistant superintendent, and superintendent. She worked as superintendent for the Bay City Public Schools district from 2003-09. Her contributions to education included her work creating the Great Lakes Bay College and Career Resource Center in 2008. Since then, more than 1,000 first-generation college students have received financial support for their education in part because of the center's support.

For more information about the event, contact the SVSU Office of Diversity Programs at (989) 964-4068 or visit svsu.edu/mlk.