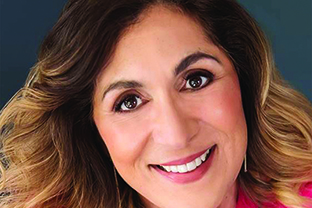 As part of the university's celebration of Hispanic Heritage Month, Lt. Col. Olga Custodio will discuss her journey as the first female Hispanic United States Air Force pilot during a public presentation Wednesday, Oct. 9, at 6 p.m., in SVSU's Founders Hall. Admission is free and open to the public.

Her talk, “A Night with Olga Custodio,” also will detail her experience as the first Hispanic female commercial airline captain and examine the challenges she faced rising in ranks of a male-dominated profession.

Custodio‘s father served as a sergeant in the U.S. Army. Custodio's family traveled with him to different military camps around the world including Taiwan, Iran, Paraguay, and the U.S. They settled in Puerto Rico when Custodio was 15 years old. After graduating high school, she applied to the University of Puerto Rico's ROTC program but was denied because only men were admitted to the program.

In 1980, Custodio entered the Flight Screening Pilot Officer Training School and went on to graduate from the Undergraduate Pilot Training at Laughlin Air Force Base in Del Rio, Texas. She was the first Hispanic female to complete Air Force military pilot training in the U.S.

In 1988, American Airlines hired her as a commercial pilot, making her the first Latina to become a captain.

Custodio retired in 2003 to San Antonio. She now is an active charter member of the Women Military Aviators Association, the Women in Aviation International, as well as The Order of Daedalians. These organizations encourage youth from the San Antonio area to seek civilian and military aviation careers.

For more information about the Visiting Scholars and Artists program, visit svsu.edu/publiclectures.