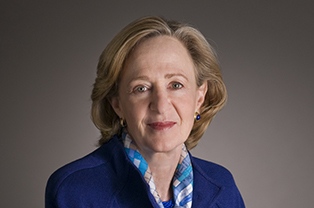 ‘Living machines’ and their role in the future of humanity will be the focus of a guest speaker’s talk this week at Saginaw Valley State University.

Susan Hockfield, a neuroscientist and former Massachusetts Institute of Technology (MIT) president, will discuss “convergence” — a term referring to the merging of technologies — during her SVSU visit Thursday, Oct. 17, at 7 p.m. in the Malcolm Field Theatre for Performing Arts. The event is free and open to the public.

Her presentation will examine how convergence and “living machines” can combine technology and biology to solve problems plaguing the 21st century. Hockfield’s address, titled “Welcome to the Age of Living Machines," will feature material covered in her latest book, "The Age of Living Machines: How Biology Will Build the Next Technology Revolution." Published in May, the book is available on Amazon and other online bookstores.

A “living machine” is biological matter — such as a cell — that scientists can repurpose to solve human problems. In the book, Hockfield wrote that “living machines” could shape the future of humanity in the same way inventions such as computers and nuclear power defined modern society.

Hockfield served as MIT’s first female president from 2004-12. She also served on the faculty at both Yale and Harvard universities.

Her appearance at SVSU is part of its annual Visiting Scholars and Artists speakers series and is the university’s 2019 James E. O’Neill Jr. Memorial Lecture.