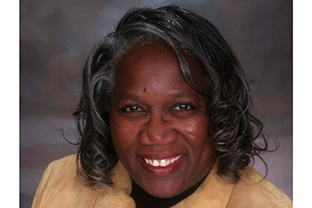 A military veteran who retired as the highest-ranking African-American woman in U.S. Navy history will talk about her career as a trailblazer during a visit to Saginaw Valley State University.

Gail Harris, a retired U.S. Navy captain, will deliver her address, titled “Take Command and Win,” Thursday, March 14, at 5 p.m. in Curtiss Hall Banquet Room A at SVSU. The event is free and open to the public.

Harris was the first woman in U.S. Navy history to serve as an intelligence officer in a Navy aviation squadron. Harris, who served from 1973-2001, made groundbreaking strides for women and persons of color in the Navy, often serving as the “first” of every post she accepted in the military.

“We are extremely honored to welcome the highly-decorated Capt. Harris to SVSU,” said Bethany Alford, director of the university's Military Student Affairs office. “She is a true pioneer in the Naval community. We are very fortunate to hear about her experiences firsthand.”

Harris earned honors of distinction during her career in the military. She received the Meritorious Service Medal, National Defense Service Medal, as well as the Navy Commendation Medal three times. Harris' story has been profiled by international TV networks including BBC and Fox News.

During Harris' visit to SVSU, she also will meet with student groups including individuals affiliated with the military.