Essayist to read from award-winning writings at SVSU event 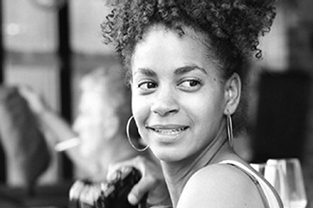 Award-winning essayist Aisha Sabatini Sloan will read passages from her writing at Saginaw Valley State University on Wednesday, April 17, at 4 p.m. in Founders Hall at SVSU.

Sabatini Sloan's writing often touches on topics relating to current events and race while also offering analysis of art, film and pop culture. She authored books such as "The Fluency of Light” and “Dreaming of Ramadi in Detroit." The latter work was nominated for the University of Iowa's Essay Prize and won the Community of Literary Magazines and Presses’ Firecracker Award for nonfiction.

Sabatini Sloan’s essays are included in the anthologies “Trespass: Ecotone Essayists Beyond the Boundaries of Place, Identity, and Feminism,” “Truth to Power,” “How We Speak to One Another” and “The Sonoran Desert: A Literary Field Guide.” Her work has been nominated for multiple Pushcart Prizes. She was a finalist for both the inaugural Write-A-House contest in Detroit and the 2015 Disquiet Literary Prize.

The Los Angeles-born author also serves as the Helen Zell Visiting Professor of Creative Nonfiction at the University of Michigan. For more information about Sabatini Sloan, visit her website at https://aishasloan.com/.

Her appearance at SVSU is sponsored by the university's Department of English as part of the Voices in the Valley Reading Series. Admission is free and open to the public.

For more information about the event, contact Arra Ross, SVSU associate professor of English, at aross1@svsu.edu or (989) 964-4032.