During SVSU lecture, Georgetown historian to discuss legacy of 1623 'massacre' on Indonesian island

A 17th century "massacre" that impacted European relations and shaped global influences will be the focus of a lecture at Saginaw Valley State University Monday, Oct. 30, at 4:30 p.m. in Founders Hall. 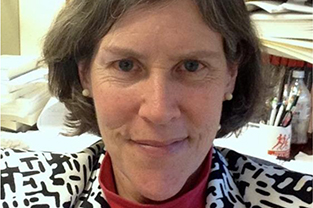 As part of SVSU's Barstow Lecture as well as the Visiting Scholars and Artists series, Alison Games will deliver her address, titled "The Invention and Legacy of the Amboyna Massacre." The event is free and open to the public.

Games is the Dorothy M. Brown Distinguished Professor of History at Georgetown University. Games teaches courses on topics including early America, the Atlantic world and European expansion, and global interaction.

The title of her Monday address refers to the execution in 1623 of 20 men involved in the English East India Company by Dutch representatives on the island of Amboina, now known as Ambon Island in the Maluku Islands of Indonesia.

Games authored three books, including texts that explore those centuries-old global influences. "The Web of Empire: English Cosmopolitans in an Age of Expansion, 1560-1660" was published in 2009. "Migration and the Origins of the English Atlantic World" was published in 2001.

Games also participated in fellowships with the National Endowment for the Humanities, the Huntington Library, and the Netherlands Institute for Advanced Study.

The Barstow Excellence in Teaching Humanities Seminar at SVSU was created to promote excellence in teaching and recognize scholarship in the humanities.  The seminar was established through a gift from The Barstow Foundation, which supports education, health and human services agencies and humanitarian causes with emphasis on the greater Midland area.