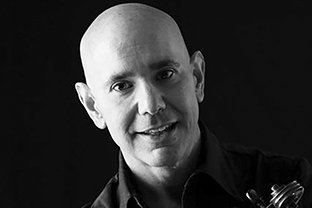 Grossman's debut performance at Carnegie Hall in New York City received high praise from a review in The New York Times. The violinist was also invited to play for Prince Charles and Princess Diana in a CBC television and radio broadcast. He has appeared on stages throughout North America and Europe, where he has held the position of concertmaster in five orchestras.

In addition to performing, Grossman has also spent time teaching violin at the University of Miami, the University of Oklahoma, and the Interlochen Arts Academy. He is the founder and creator of “The Grossman Method,” pedagogy that incorporates stretches in young violinists to promote healthy string playing.

Accompanying Grossman on stage at SVSU will be Norman Boehm. Specializing in music from the 19th and 20th centuries, this skilled pianist has performed in numerous single-composer recitals. Boehm composes his own work and arranges larger symphonic works for chamber ensembles, as well.