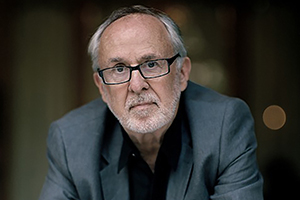 Saginaw Valley State University will welcome multiple Grammy Award-winning musician Bob James for a concert performance  Friday, April 28 in the Malcolm Field Theatre for Performing Arts. Doors will open at 7 p.m. and the jazz pianist will take the state at 8 p.m. Tickets remain on sale at $40 per person.

James has been in the music industry for more than 50 years in the role of pianist, composer, arranger and producer, continually captivating audiences around the world. He earned his bachelor’s and master’s degree in music from the University of Michigan. James was also the winner of the competition at Notre Dame Collegiate Jazz Festival in 1962.

James also produced all the music for the popular television show “Taxi,” including the theme song for the show, which aired in the 1970s and 1980s; it is among his most recognized works. His music continues to have contemporary appeal, as well. Recognized as a progenitor of smooth jazz, James appeals to fans of R&B, funk, and even hip-hop. In fact, three of his recordings are among the five most-sampled tracks in hip-hop.

In his career, James has recorded 58 albums while working as a solo artist; he also was a founding member of the band Fourplay and collaborates with other musicians.

In 2014, James was inducted into the University of Michigan School of Music Hall of Fame. His other honors include receiving a first-ever Traverse City Opera House Ambassador for the Arts Award in 2017, and a State of Michigan Guvvy Award for International Achievement in 2008.

James’ visit to SVSU is supported through the Dow Visiting Scholars and Artists series, a program at SVSU established through an endowment from The Herbert H. and Grace A. Dow Foundation to enrich our region’s cultural and intellectual opportunities.