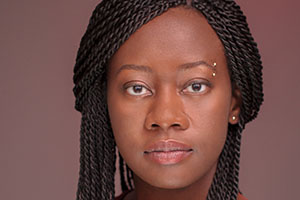 Writer Julie Iromuanya will speak at Saginaw Valley State University as part of the school's “Voices in the Valley” reading series Monday, Feb. 8 at 7 p.m. in SVSU's Founders Hall. This event is free and open to the public.

Iromuanya is the author of “Mr. and Mrs. Doctor,” an award-winning novel. The book was selected for the 2016 PEN/Robert W. Bingham Debut Fiction Longlist and 2015 National Book Critics' Circle John Leonard Debut Fiction Award Longlist; it also was named to the San Francisco Chronicle’s “Best of 2015,” and the Minneapolis Star Tribune’s Critics' Choice for 2015.

Born and raised in the American Midwest, Iromuanya is the daughter of Nigerian immigrants. Her creative writing has appeared in “The Kenyon Review,” “Passages North,” the “Cream City Review,” and the “Tampa Review,” among other journals. Iromuanya’s scholarly-critical work most recently appears in “Converging Identities: Blackness in the Modern Diaspora.”