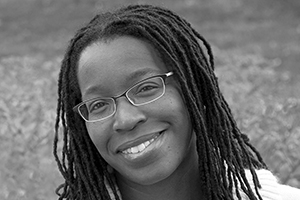 An award-winning author and historian will discuss her study of race and gender in southern ghost tours during a Saginaw Valley State University event.

Tiya Miles will serve as the guest speaker during SVSU’s Barstow Humanities Seminar Tuesday, April 12‌, at 5:30 p.m. in the university’s Curtiss Hall Banquet Room B. The event is free and open to the public. Her talk originally had been scheduled for Tuesday, March 1‌ but was postponed due to inclement weather.

The event is titled “Ghost Tourism and the Specter of Slavery in New Orleans.”

She is the author of several history books including “Tales from the Haunted South: Dark Tourism and Memories of Slavery from the Civil War Era” in 2015. Her other work includes “Ties That Bind: The Story of an Afro-Cherokee Family in Slavery and Freedom” from 2005 and “The House on Diamond Hill: A Cherokee Plantation Story” from 2010.

Her debut fictional novel, “The Cherokee Rose,” was set on a haunted plantation in the Cherokee territory of modern-day Georgia. Publishers Weekly selected the novel as the Pick Of The Week in 2015.