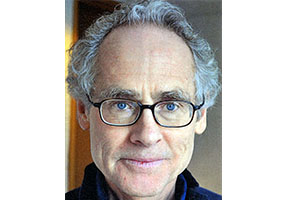 A leading scholar on ethics and the philosophy of science will present the annual Edward Lecture at Saginaw Valley State University. Peter Railton will present “Homo Prospectus: Toward a New Synthesis in Thinking About the Mind and Brain” Thursday, Oct. 29 at 7p.m. in SVSU’s Founders Hall.

Converging lines of research in philosophy, psychology, and cognitive science suggest a new understanding of the architecture of the mind and brain. Perception, memory, cognition, and behavior have long presented puzzles that can be resolved. Railton concludes that understanding prospection can also help solve some puzzles about morality as well – as illustrated by some new results involving well-known moral dilemmas, including the infamous Trolley Problem.
Railton is the Gergory S. Karva Distinguished University Professor and John Stephenson Perrin Professor of Philosophy at the University of Michigan-Ann Arbor. He is the author of numerous articles and a book, “Facts, Values, and Norms: Essays Toward a Morality of Consequence,” published by Cambridge University Press in 2003.
A past president of the American Philosophical Association’s Central Division, Railton received the D'Arms Award for Distinguished Graduate Mentoring in the Humanities in 2009. He completed a bachelor’s degree at Harvard University and a Ph.D. at Princeton University.
The William and Julia Edwards Lecture in Philosophy and Religion was established through a gift from the couple in 1993.  It annually brings distinguished scholars to SVSU to discuss timely and relevant religious and philosophical topics. The lecture is open to the public.  Admission is free of charge.