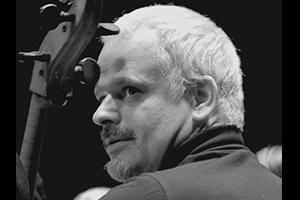 Saginaw Valley State University will showcase internationally acclaimed Baroque cellist Rene Schiffer, who will be joined by renowned harpsichordist Joseph Gascho during the next Rhea Miller Concert Series installment Saturday, Oct. 24. The performance, scheduled for 7:30 p.m. in SVSU's Rhea Miller Recital Hall, is free and open to the public.

Schiffer has performed in three continents, including solo recitals in Amsterdam, Budapest, Tallinn, Utrecht, Versailles, the Flanders Festival and Grandchamp. He was also a permanent member of the Il Gardellino, with which he made trips to Israel, Guatemala, and many European countries.

Gascho won his first prize in the Jurow International Harpsichord Competition in 2002. He has earned his master's and doctoral degrees in harpsichord from the Peabody Conservatory and the University of Maryland. His performing highlights include the National Symphony at Carnegie Hall, the Mark Morris Dance Group, and the Kennedy Center Opera Orchestra.

Gascho has also conducted numerous operas from the Monteverdi to Mozart for Opera Vivente, and "Idomeneo" for the Maryland Opera Studio.

As active music educators, Schiffer and Gascho have helped inspire several young musicians around the world.  Schiffer taught at various schools, including in Seoul, Korea; and at Case Western Reserve University; University of Michigan; The Oberlin Conservatory; and Cincinnati Conservatory of Music. He has also given classes at The Cleveland Music School Settlement.

Schiffer's and Gascho's Rhea Miller Concert Series program will include selections from musicians such as 18th century's Antonio Vivaldi and Johann Sebastian Bach, as well as Schiffer's original compositions.