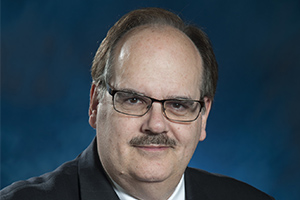 A Saginaw Valley State University educator was named among the top business professors in the world by an international journal focusing on business and economics.

Puia – along with two SVSU students and two alumni – attended the 13th annual Global Conference on Business and Economics at Oxford University in England Nov. 22-23, when they presented their research paper exploring links between culture and entrepreneurial development.

A letter to Puia from the Oxford Journal staff explained the standards for the award:

“… You embody the standards expected for the winner of this prestigious award. Your vast and innovative contributions to your discipline, as well as your passion for the educational enterprise as a whole set you apart from others in your field. In an era in which educators seem to be ever more specialized and focused on their own productivity, your persistent focus on students and encouragement of their success makes you stand out as a role model for excellence in education.”

Puia learned he received the award while at the conference in England.

“I felt especially honored to receive the award in front of students and alumni who had collaborated with me on some very engaging research,” he said.

Puia joined SVSU in 2000. He has collaborated with SVSU students on a number of research projects and has traveled internationally with many students on faculty-led study abroad trips. Puia completed a Ph.D. at the University of Kansas.

The full list of the Oxford Journal Global Top 50 Educators Award recipients has not been published yet. The partial list includes educators from higher education institutions such as the University of Notre Dame and the University of South Carolina as well as colleges abroad including Manchester Metropolitan University in Great Britain and Afyon Kocatepe University in Turkey.

Among those who attended the conference with Puia were students Zackary Gibson, a marketing major from Davison, and Heidi Hicks, a management major from Saginaw.

Two SVSU alumni also worked on the research paper presented there: Lisa Maroni and Rosalie Stackpole. Maroni, a Royal Oak native who received a bachelor’s degree in international studies in 2010, now serves as assistant director of international recruitment and admissions at Embry-Riddle Aeronautical University in Prescott, Arizona. Stackpole, a Trenton native who received her bachelor’s degree in marketing in May, works as a marketing project manager at Bloomfield Hills-based Flexible Plan Investments, Ltd.