Next up: The University of Michigan Law School

Fun fact: At SVSU, Jackson has lived with roommates from Japan, South Korea, Taiwan and Tunisia. 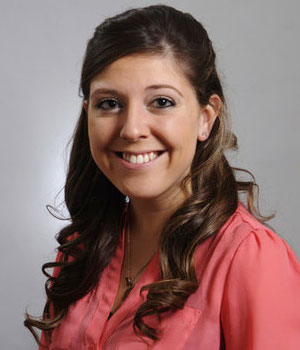 Samantha R. Jackson arrived at Saginaw Valley State University unsure of her place or what to expect. She departs having earned admission and a scholarship to a leading law school.

“I came to SVSU undecided on what I wanted to do, but eventually my goals became clear,” said Jackson, a first-generation college student from the small town of Goodells, near Port Huron.  “I’m going to law school the same way: with an open mind to see what path best fits me.”

Jackson’s list of SVSU accomplishments is lengthy, and it impressed admission officials at the University of Michigan Law School where she will attend in the fall.

That speaks volumes about Jackson’s academic ability and pedigree, said Julie Keil, SVSU assistant professor of political science, adviser to SVSU’s moot court program and a mentor to Jackson.“It’s one of the top 10 law schools in the country,” Keil said. “She was competing against students from U of M’s undergrad programs, students from Yale and Harvard, to get in there. That she was accepted is a good sign of her ability. She will excel there.”

Jackson, who will receive a bachelor’s degree in political science, didn’t begin her SVSU life knowing what subject she wanted to study. One of the experiences that inspired her to follow a path leading to law was her participation in SVSU’s moot court team, where students act as attorneys in teams of two and make arguments to a panel of judges by drawing from constitutional law and Supreme Court cases.

Jackson joined moot court during her sophomore year, winning a coveted Orator Award during her first regional competition. It was the first of many honors, which included twice qualifying for the American Collegiate Moot Court Association national championships in 2014 and 2015 in Phoenix and Miami, respectively. In January, she placed in the top 6 percent nationally with her moot court partner and fellow SVSU senior Rachel Stocki.

“One shining moment happened in a moot court regional (competition) during my junior year, when a judge told me I would be an excellent advocate,” said Jackson, a 2011 Memphis High School graduate.

“Hearing that from people in the field gave me the confidence that I could succeed in a difficult career.”

Jackson also was a member of SVSU’s forensics team, which tests students’ public speaking and debate abilities, as well as the university’s Model United Nations group.

Her campus involvement reached beyond competitive groups. She was the recipient of two Herbert H. and Grace A. Dow Student Research and Creativity Institute grants that supported research projects. One of those projects analyzed politics in religion, while the second project explored tutor training at SVSU’s Writing Center, which assists students in writing.

Jackson served as a tutor in the Writing Center. She also was a global resident assistant in SVSU’s Pine Grove apartments, where she was responsible for building community among 72 international and domestic students.

Jackson also was selected as one of 12 members of the Roberts Fellowship Program, a year-long student leadership development opportunity that includes a trip to Asia.

“It was life-changing,” she said of the program. “I thought it would train me to be a better leader and that I would have an awesome trip in Asia, but it was so much more personally challenging. They encouraged me to think independently and push myself farther than I was comfortable.”