Next up: accountant, The Rehmann Group 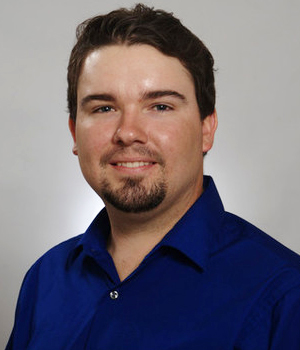 In his SVSU studies, a different kind of precision and hard work helped Skidmore hit the college student equivalent of winning a tournament: A full-time job waiting for him after graduation.

Once Skidmore receives his bachelor’s degree in accounting in May, he will join the financial firm Rehmann as a full-time accountant in the tax division, known as Rehmann Robson. He was connected to his future employer during an SVSU Career Services jobs fair.

“I am excited to have a job that I can start my career with,” he said. “Rehmann is an amazing company, and I was so blessed to have received an offer from them.”

Those who worked with Skidmore academically weren’t surprised by the news.

“In my opinion, (Rehmann) got the better part of the deal,” said Anthony Bowrin, SVSU associate dean of the College of Business and Management. “They couldn’t pay him enough money.”

Skidmore already has experience working among professional accountants. In the summers of 2013 and 2014, he worked as an intern in the tax department of the Starbucks corporate headquarters in Seattle.

Bowrin, who has worked at SVSU for six years, counted Skidmore among his top students ever.

“From day one, he was excellent,” Bowrin recalled of the first of several classes he taught with Skidmore as a student. “He sat in the front row of a class in Science West, totally engaged, asking questions, breaking the ice and being very interactive with the class.”

When other students struggled in class, Bowrin sometimes turned to Skidmore to help them with tutoring.

Skidmore’s generosity extends beyond the classroom. He is a regular volunteer at SVSU golf clinics, working with youths interested in the sport.

“This was a rewarding experience: helping younger kids that sincerely enjoyed and appreciated the experience,” he said.

Those youths learned from an exceptional golfer. Skidmore's accomplishments continued right up until days before his graduation.

In his final game as an SVSU golfer, Skidmore and his teammates in May played in the 2015 NCAA Division II Midwest/Central Super Regionals at the Cog Hill Dubsdread Course, a Chicago site where the PGA sometimes plays. Skidmore’s individual performance tied him for ninth place among the competition, his sixth top 10 performance of the season.

Skidmore said he values the lessons learned at SVSU — both on the golf course and in the classroom. He credits his SVSU experience in part for his success in finding full-time employment so quickly.

He said mentors such as Bowrin and Mark McCartney, professor of accounting, helped in preparing for a career.

“Having put in five full years to attain my professional accountancy degree, I am well prepared to handle the stress of the workplace while thriving under pressure,” Skidmore said. “I think my ability to handle stressful and busy times can be attributed to my time here at SVSU.”

He said his experience on the golf team strengthened his work ethic and also taught him to succeed under pressure.

“None of this could have been possible without SVSU,” Skidmore said of his career opportunities.