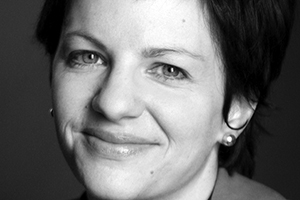 Author and investigative journalist Amanda Ripley will explore the state of America's school systems during a lecture at Saginaw Valley State University.

Ripley's talk, “A Global Quest To Save America's Schools,” is scheduled for Monday, Nov. 3, at 7 p.m. in SVSU's Malcolm Field Theatre for Performing Arts. The event is free and open to the public.

Ripley is an investigative journalist for Time, The Atlantic and other magazines, as well as the author of “The Smartest Kids in the World - And How They Got That Way,” a 2013 New York Times bestseller.

In her book, Ripley details three American students who exchanged education in the U.S. for school systems in Finland, South Korea and Poland, respectively. Ripley's research explores how these countries reformed education over one decade to create a system where children bought into the promise of education.

For Time and The Atlantic, Ripley's investigative reporting has explored the science of motivating children as well as how online learning courses are changing the landscape for college students on a global scale.

Ripley has appeared as an expert on TV networks such as ABC, NBC, CNN and FOX News. She has presented at the Pentagon, the Senate, the State Department and the Department of Homeland Security, along with conferences regarding leadership, public policy and education.

Today, she works as an Emerson Fellow at the nonprofit think-tank New America Foundation in Washington, D.C.

Ripley's appearance is co-sponsored by SVSU’s College of Education, Gerstacker Fellowship Program and the Dow Visiting Scholars and Artists Program. The event is part of the university's annual Fall Focus speaker series.