Marble was a pioneer in the region’s higher education. ‌

‌Before helping found SVSU and becoming its first president in 1964, he served as the original president of neighboring Delta College. Marble was recruited from Wilmington, Ohio, to lead Delta in 1961, with the expectation the college would mature into a 4-year school. When that effort failed, Marble instead led a campaign to establish a new school — a dream today realized as SVSU.

The university began as a private college housed in the basement of Delta, but Marble’s leadership helped Saginaw Valley College raise critical early funding, purchase the land where it now resides, and earn status as a state-sponsored institution. He accomplished these objectives within three years of the school’s charter.

Marble stepped down in 1974. One of his successors, Eric Gilbertson, penned a letter upon Marble’s death in 1990. An excerpt read, “He was by all testimony something of a dreamer, something of an idealist, something of an inventor, even a radical. Like most people who create things or change things, he did not always win unanimous approval. But no one can say that his passing this way did not matter. It mattered a great deal.” 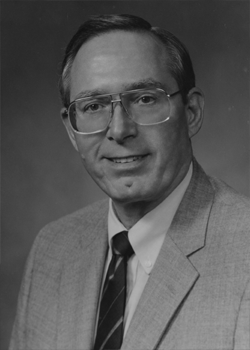 If Sam Marble helped lay the groundwork for SVSU, Jack M. Ryder helped build much of the foundation for the university as it stands today.

Ryder, previously the chief executive officer for the combined Indianapolis operations of Indiana University and Purdue University, came to an ‌institution whose campus consisted largely of Wickes Hall, some housing facilities, and the southernmost campus structures that now house operations such as SVSU’s University Police and post office. When Ryder left after 15 years, that list of facilities grew to include Pioneer Hall, Brown Hall, Zahnow Library, the original Science Building, the Arbury Fine Arts Center, the Marshall M. Fredericks Sculpture Gallery and the athletics facility named after him, Ryder Center.

Ryder is credited with helping establish the university’s identity as a 4-year institution. Some in the public perceived the school as a junior college — a problem Ryder attempted to combat within months of his arrival by simple wordage. At the time, SVSU was known as Saginaw Valley College. Ryder successfully campaigned to change the school’s name to Saginaw Valley State College and, years later, to its current moniker. Ryder left a lasting impression on SVSU, having passed away in 2019. 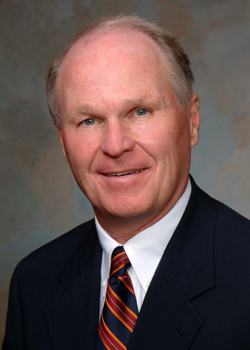 SVSU’s longest-serving president is credited with across-the-board growth at the university in areas including academic programs,‌ enrollment, fundraising and physical size.

When Gilbertson arrived in 1989, enrollment stood at 5,915 students. That figure climbed above 10,000 by the time he retired in February. The number of facilities tripled in size to more than 1.5 million square feet of building space. Structures added include Curtiss Hall, Doan Science East, Gilbertson Hall, and Bachand Hall, along with the expansion and renovation of older buildings. Several housing structures also were built, transforming SVSU into more of a home for its students. The number of students living on campus more than quadrupled from 616 residents in 1996 to 2,734 at the end of his presidency. Private fundraising also increased dramatically under Gilbertson and the market value of SVSU’s endowment grew twenty-fold during his presidency.

Beyond SVSU, Gilbertson fostered improvement and increased cooperation among Saginaw, Bay City and Midland, as well as their surrounding communities. Gilbertson is retired and living in the Great Lakes Bay Region.

Donald J. Bachand started at SVSU in 1978 as an assistant professor of criminal justice and rose through the ranks of professor, dean, provost and eventually president in 2014. During his presidency, SVSU secured the largest single gift in university history from the Thompson Family Foundation to support scholarships for students from working families. Bachand also oversaw the fundraising campaign that resulted in the building addition of the Carmona College of Business.

In response to job market demand and community needs, SVSU introduced seven new academic programs during Bachand’s presidency, including the Master of Social Work program, Bachelor of Arts in Black Studies, and Bachelor of Arts in Environmental Studies and Sustainability.

Under Bachand’s leadership, SVSU received the Community Engagement Classification from the Carnegie Foundation in 2014. Among several national rankings, SVSU was ranked No. 1 “Best Dorms” in the country, a Great College to Work For, and Best for Vets. Bachand is now retired and living in Brighton, Michigan.