The Executive Director of the SVSU Foundation is responsible for advancing the mission of the University by raising private funds to support scholarships, programs, capital improvements, and other strategic initiatives. The Executive Director also provides leadership for Alumni Relations to further enhance goodwill and support from a giving number of alumni. The Associate Provost for Student Affairs/Dean of Students oversees a range of programs and services that are critical to a student’s success at the University. The offices that fall under the Associate Provost/Dean’s oversight are: Campus Recreation & Fitness, Military Student Affairs, Student Conduct Programs, Student Counseling Center, Student Life, Residential Life and the Student Wellness Program. These departments provide resources and opportunities that enhance the SVSU student experience overall. The Dean of the College of Science, Engineering & Technology is responsible for seven departments: Biology, Chemistry, Computer Science, Electrical & Computer Engineering, Mechanical Engineering, Mathematics, and Physics. In addition, the College offers one graduate degree; the Professional Science Master's in Engineering. The curricula for the College are designed to prepare students for productive careers in technical and scientific fields or for advanced graduate study. Course work emphasizes both conceptual understanding and real world projects from local industrial partners. Director of Athletics and Associate Vice President for Legal Affairs

Director of Athletics and Associate Vice President for Legal Affairs

The Executive Director of Alumni Relations is responsible for engaging our graduates and students in a mutually beneficial relationship with the University and to promote loyalty and support among our alumni. 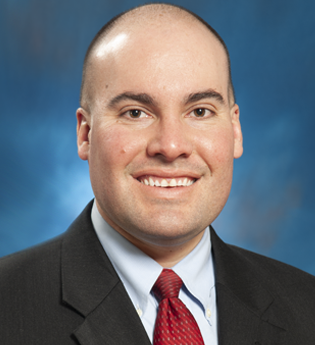 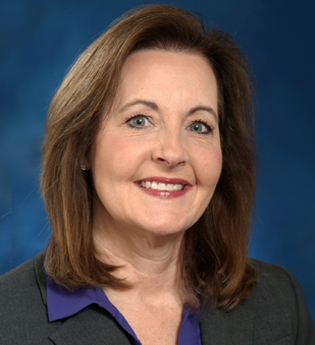 The Executive Assistant to the President manages and provides leadership for the inner office functions of the Office of the President. This position is also responsible for ensuring exceptional communication among members of the senior administrative team consistent with a strategic focus on accomplishing presidential goals. Scheduling, logistics, correspondence, policy implementation, and senior leadership team coordination are all overseen by the executive assistant. This position is the President’s liaison to various groups and organizations both on campus and in the community. The Secretary to the Board of Control serves as a liaison between the Board of Control, the President and the President's Staff. Responsibilities include planning, coordinating and facilitating the work of the SVSU Board of Control, to assist in the effective governance of the University. This position is responsible for the management and facilitation of meetings of the Board. This position also assists with liaison activities between the Trustees and a variety of internal and external stakeholders. The Special Assistant to the President for Diversity Programs is responsible for providing leadership and coordination for SVSU's programs related to diversity, equal opportunity and affirmative action. The Special Assistant oversees Multicultural Services; Disability Services; and also serves as the primary advisor to the president and the campus community on matters related to maintaining and/or enhancing a diverse campus environment.

Rob is currently serving as an executive in residence for Saginaw Valley State University. Rob works closely with the President’s staff , University Communications, SVSU Foundation and Alumni Relations to further advance the SVSU experience on campus and in the community. Rob has also been serving as the chair of the re-opening team and coordinating COVID-19 response efforts for the University. Rob also is working with various departments and student organizations in an effort to reduce the stigma of mental health and strengthen access to resources within the university and the community. An employee of Dow for more than 30 years, Rob began his career in sales and then moved to marketing and public affairs. He then served as president of the Dow Company Foundation, providing strategic direction for Dow's philanthropic priorities around the world. He managed implementation of the Foundation’s $40 million annual charitable contributions, with a keen commitment to education, sustainability and community development. Prior to Dow, Rob worked in Student Affairs at Drake University for four years serving as complex director, hall director and staff advisor for Student Volunteerism. Rob also served as an adjunct professor for Davenport University. Over the last several years, Rob has become a community advocate, working tirelessly to break the stigma of mental health by sharing his own story of hope, healing and growth with thousands of people. He is a certified trainer for the SafeTALK Suicide Prevention Program and Mental Health First Aid. He serves on the National Advisory Board for the University of Michigan Depression Center and the National Advisory Council for the National Network of Depression Centers. Rob is a teaching fellow and executive advisor for Boston College Center for Corporate Citizenship. Rob also serves on the Great Lakes Bay Regional Alliance Board of Directors and is a community director for Chemical Bank. He has previously served on other boards including United Way of Midland County, Delta College Foundation, Council of Michigan Foundations, Chemical Educational Foundation, Detroit Economic Club and Hidden Harvest. Rob earned a bachelor’s degree in marketing from Southeast Missouri State University in Cape Girardeau, Missouri, and a master’s degree in business administration from Drake University in Des Moines, Iowa.