Project ECHO, an SVSU-operated digital initiative for connecting healthcare providers globally, is playing a critical role in combating substance use disorder and other mental health disorders during the COVID-19 pandemic. On April 1, 70 healthcare professionals joined a Project ECHO call related to telehealth, which involves using technologies such as audio/visual communication and mobile apps for treating patients with substance use disorders without face-to-face visits. Expertise in this topic assures that those in need continue to receive necessary medical help, while at the same time protecting themselves from exposure to the coronavirus. These efforts are led by the Harvey Randall Wickes Chair in Nursing Kathleen Schachman. Great work! 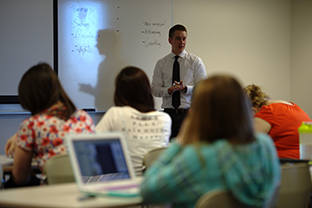 Last week, Associate Professor of Psychology Travis Pashak was interviewed by WNEM TV-5 on ways to tend to your mental health during the COVID-19 pandemic. With so many of us isolated to our homes for this length of time, we can expect each day to be different emotionally. We have never experienced a crisis like this in our lifetimes; Travis assures that fluctuating feelings on this issue is to be expected and offers practical tips for managing your mental health in the full interview, linked here. Thank you, Travis, for your assistance and for representing SVSU in this way! 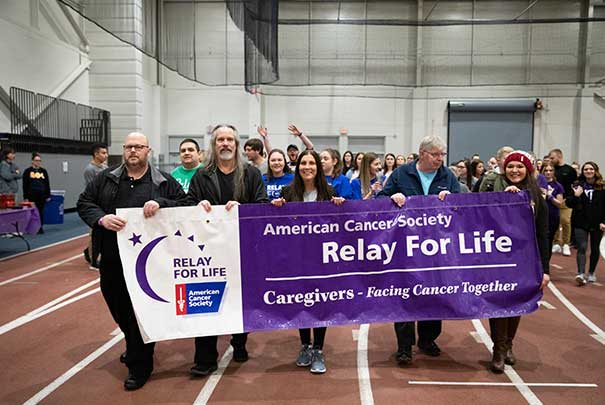 Taking the recent Battle of the Valley as an example, we know that new circumstances do not easily stop our students’ desire to give. This year, Relay for Life of Saginaw Valley State University will proceed as scheduled, but virtually. The ceremony and related events will take place on Friday, April 24, at 2 p.m. and will still include teams raising money, performances from RSO’s and ceremonies posted to the group’s Facebook page. I encourage you to tune in and donate through their secure donation site, which can be found at this link. We are so proud of our students for going forward with Relay despite the limitations that have come with the virus outbreak. This again goes to show that our students are unstoppable when it comes to philanthropy.

While the Office of Career Services has cancelled the June 16 Education Employment Fair, they are working on an exciting, state-wide collaboration with the other 14 Michigan public universities to hold a virtual education fair next month. The event will be held from 9 a.m. – 5 p.m. on Monday, May 11. All SVSU students and alumni majoring in education will have the opportunity to meet with school districts and academies across the state and throughout the country. This opportunity will allow guests the ability to network with more than 100 school districts. Please encourage your education students to register for the fair at this link.

Two track and field student athletes – Lauren Huebner and Sam Black - have been honored with the GLIAC Commissioner’s Award late last week in recognition of their outstanding indoor seasons. This is Lauren’s second year in a row receiving the Commissioner’s Award, making her the third SVSU student athlete to receive multiple commissioner award honors. Sam is receiving his first Commissioner’s Award. Both athletes qualified for the 2020 NCAA Division II Indoor Championships. Lauren was ranked No. 9 in the pentathlon and No. 12 in the 1,600 meter relay of which she was a part. Sam was ranked No. 6 in the heptathlon and No. 10 in high jump. Both enjoyed exceptional seasons with a number of accolades under their belts. Congratulations to Lauren and Sam on this outstanding honor!

Additionally, diver Libby Caird was named to the College Swimming and Diving Coaches Association of America All American teams for the 2019-2020 season. Libby advanced to the NCAA Division II Diving Championships and competed in the three meter dive prelims on the first day of competition; subsequent competition was cancelled. Libby impressed at the 2020 GLIAC Championships, finishing as runner-up in the one meter dive and fifth in the three meter dive. Congratulations, Libby, on a great season!

Caring for student with COVID-19

As you likely have heard, we received the unfortunate news that one of our students living on campus has tested positive for COVID-19. We are in regular communication with the student to ensure the student’s well-being, while also taking measures to keep the entire university community safe and healthy. We know that the student has been self-isolating since April 1, having no contact with others since that time. The student is the only one in the residential unit, and the student has a point of contact should the student require any assistance during the period of self-isolation. This will allow us to follow all proper procedures to protect everyone’s health and safety. We wish the student a full and speedy recovery. We also remind students that they should self-report if they test positive for COVID-19 by e-mailing studentaffairs@svsu.edu; faculty and staff who test positive should e-mail hr@svsu.edu.