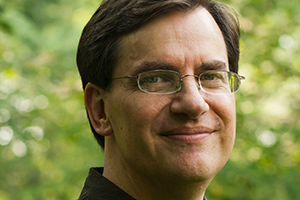 Mozina is the author of the debut novel "Contrary Motion." His first story collection "The Women Were Leaving Men" won the Great Lakes Colleges Association New Writers Award. His second collection "Quality Snacks" was a finalist for the Flannery O'Connor Prize and other awards.

Mozina's fiction has appeared in "Tin House," "The Southern Review," "The Missouri Review," "McSweeney's," and "The Small Chair." His work has received special citations in "Best American Short Stories," "Pushcart Prize," and "New Stories from the Midwest." 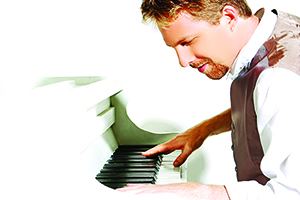 Saginaw Valley State University will showcase brass quartet Cones and Tones during the next Rhea Miller Concert Series installment Saturday, April 2. The performance, scheduled for 7:30 p.m. in the Rhea Miller Recital Hall, is free and open to the public.

The group is anchored by veteran tuba virtuoso Andrew Hitz, while multi-instrumentalist and comedian Lance LaDuke rounds out this diverse and energetic quartet. The audience can expect a little of everything, from beautiful melodies to virtuosic showpieces, presented in a fun and funky audience-friendly show.

J.D. Shaw is an associate professor of horn at the University of South Carolina. He was formerly the French hornist with the internationally acclaimed Boston Brass where he was creative director, music arranger and co-owner of the ensemble. Shaw is an active solo artist and travels extensively throughout the United States as well as many countries in North America, Europe, and Asia. In addition, Shaw has also been a featured performer on National Public Radio's Performance Today and the CBS Morning Show.

The Rhea Miller Concert Series is made possible by a generous gift from Rhea E. Miller, a longtime friend of SVSU. Her gift, administered by the Miller Trust for Music Education, has provided the university with the opportunity to offer outstanding performances by nationally and internationally acclaimed musical artists at no cost to the audience since 1993. For more information, call (989) 964-4159 or email music@svsu.edu‌.

Hundreds of students, faculty and staff at Saginaw Valley State University plan to show their support for the men’s basketball team and share their enthusiasm Wednesday, March 23.

SVSU is hosting a watch party for supporters to view the NCAA Division II tournament game being played in Frisco, Texas. The Cardinals are playing Western Oregon University. The game is expected to tip off around 9:30 p.m. Eastern time.

SVSU advanced to the Elite 8 of NCAA Division II for the first time in school history by winning the Midwest Regional championship last week.

SVSU is providing complimentary food and beverages, as well as free T-shirts, to those who attend. 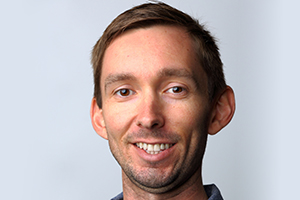 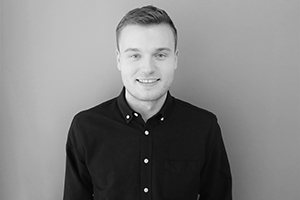 Entrepreneur and author Michael Drew will speak at Saginaw Valley State University Thursday, March 31‌, to share his insights on how students can make the most of their college experience.

The presentation will begin at 6 p.m. in Curtiss Hall Banquet Room A; it will be preceded by a networking reception from 5 to 6 p.m.

Drew's talk will introduce a set of nine principles on how students can make the most out of their college experience, and ultimately land the job of their dreams. The nine principles focus on networking and thinking ahead.

While attending Central Michigan University full time, Drew has still managed to find time for business endeavors. He has worked his way through three tech startups, one of which was sold in 2015. He serves as a marketing team leader and analyst at Quizzle through Bankrate, Inc., a leading publisher, aggregator, and distributor of personal finance content on the Internet. Drew is also the co-founder of GoGarden, a social relationship manager application.

He is also the author of the book "Student Dream Job," which will be released this summer.

Those planning to attend are asked to RSVP online at https://docs.google.com/forms/d/1y4i5ZeMeX0iTEsC7ON02dXahA8cdQw705T1RN2TE4Ew/viewform

After strong performances in previous tournaments, Breidinger, Dinninger and McBride each have qualified to compete in the 2016 national forensics tournament held April 14‌-18 at Ball State University in Indiana.

SVSU, which started its forensics program in 2001, has been able to send students to such events through funding provided by a grant from the SVSU Foundation. Amy Pierce, associate professor of communication, serves as the team's adviser.

Editor’s note: A photo of Dinninger presenting during the competition is attached. A group photo of the four SVSU students who competed is available upon request.‌

Helen Raica-Klotz, director of the Saginaw Bay Writing Project and the Writing Center at SVSU, said Haley’s generosity and vision for his hometown gave life to the institute.

“Mr. Haley is very passionate when it comes to good writing,” she said. “He has been involved in supporting writing causes on a national level for many years, and while he is a long-time resident of California, he has remained true to his roots and wants to provide opportunities for students and teachers in Huron County.”

Applications are being accepted from teachers in all disciplines for the workshop, planned from Monday to Friday, August 1-5, at Bad Axe High School. The sessions are scheduled from 8:30 p.m. to 3 p.m. each day.

Registration for the workshop is due Wednesday, March 30. Those interested can apply online at http://svsu.edu/sbwp/huroncountyworkshop/.

“Thanks to Mr. Haley’s generous support, this is a wonderful opportunity for teachers,” Raica-Klotz said. “We are very pleased that he chose SVSU and the Saginaw Bay Writing Project to put this program together.”

The free workshop includes a $200 stipend, complimentary lunches during the sessions, and professional resources. Participation also will include an opportunity to obtain 25 free State Continuing Education Clock Hours (SCECH) credits or two SVSU credits, paid for by participants.

SVSU's Saginaw Bay Writing Project, founded in 1993, promotes literacy throughout the region. The initiative offers professional development for teachers interested in growing both as writers and as writing teachers.

Saginaw Valley State University will seek to empower K-12 teachers in the Great Lakes Bay Region to better advocate the joys of writing to their students, thanks to a generous gift that will support a week-long writing workshop.

The SVSU-based Saginaw Bay Writing Project will be sponsoring a Writer's Workshop for Area Teachers from Monday to Friday, July 25-29, at the Alden B. Dow Home and Studio in Midland. Sessions are planned from 9 a.m. to 4 p.m. The week-long agenda includes writing seminars, evening reading sessions by various Michigan authors, complimentary lunch and dinner each day of the workshop, as well as lodging at the Holiday Inn in Midland.

This workshop will include a keynote address from Penny Kittle, author of “Write Beside Them,” a book published in 2008 that explores how best to teach writing to high school students.

Organizers say the week-long workshop will inspire teachers interested in rediscovering the power of writing. The program will achieve that goal both through discussion of best practices, as well as workshops aimed at crafting, sharing and discussing teachers' writing.

“We know that educators who work to become better writers themselves will be more effective when teaching writing to their students,” said Helen Raica-Klotz, director of the Writing Center at SVSU and the Saginaw Bay Writing Project. “We want students throughout our region to experience the joy of writing while also improving their writing proficiency.”

The cost for participation is $150 per person, due to the support of the Alden and Vada Dow Creativity Foundation.

“We greatly appreciate the generosity of the Alden and Vada Dow Creativity Foundation,” Raica-Klotz said. “Their desire to support teachers made this possible. We are grateful they recognized SVSU's strong commitment to supporting teachers of writing in our community and chose to partner with us.”

Those interesting in participating can register online at www.svsu.edu/sbwp/vadabdowworkshop/.  For more information, contact Marilyn Brooks, assistant director of the Saginaw Bay Writing Project, at mtbrooks@svsu.edu.

SVSU's Saginaw Bay Writing Project, founded in 1993, promotes literacy throughout the Great Lakes Bay region. The initiative offers professional development for teachers interested in growing both as writers and as writing teachers.

SVSU to honor ‘Heroes in Education’

“People who are committed to educating our young people are doing important work that benefits us all, but too often they are underappreciated or unappreciated,” said Craig Douglas, dean of SVSU’s College of Education. “We hope to change that by recognizing teachers, support staff, and volunteers who have gone above and beyond the call of duty.”

SVSU’s College of Education is seeking nominations for individuals who have positively impacted the lives of students. Those being recognized could include an enthusiastic teacher, a dedicated custodian, a tireless volunteer, a compassionate principal, or anyone else who has made a significant contribution in the field for education.

Nominations are now being accepted; the deadline to submit is Thursday, March 31 at 5 p.m. Nomination forms are available online at  https://www.svsu.edu/collegeofeducation/forms/.

The recognition event will take place Wednesday, April 13 at 7 p.m. in SVSU's Gilbertson Hall.  It is open to the public and will include light refreshments after the program; there is no charge to attend.

The SVSU art department strongly supports the creative process that develops during the high school years. The goal of this exhibition is to honor and celebrate the great creative work being done through the efforts of high school teachers and their students.