As part of the initiative, 12 teachers, principals, and program administrators from across Michigan will receive concentrated leadership training over a 1-year period. The experience concludes with a capstone international trip to China in June.

These trips send participants to educational institutions, where they learn about international educational systems and corporate settings, and they discover how leadership plays out in different cultural and economic settings. Last year's group visited Tokushima, Nara, Kyoto, and Dow Japan & Korea Headquarters in Tokyo.

The program was established in 2005 with a $1.5 million endowment from the Rollin M. Gerstacker Foundation of Midland as part of SVSU’s community-minded commitment to support K-12 educators. Participants are known as Gerstacker Fellows. They meet monthly on weekends.

SVSU faculty from various disciplines instruct the group on subjects such as organizational leadership, ethics, finances, communication, human resources, entrepreneurship and education with a global perspective.

The Michigan educators selected to participate in the program in 2018 are:

The Fellows were nominated by their schools and selected on the basis of their past academic and service accomplishments, and the recommendations of others as to their potential for true excellence in leadership.

"She Kills Monsters" follows the life of Agnes Evans, a young teacher whose parents and sister, Tilly, die tragically in a car accident. While packing up Tilly's belongings, Agnes, played by Amber Hadley, an SVSU communication and theatre major from Marine City, stumbles across a notebook filled with the late teen's Dungeons & Dragons homemade quest. Knowing nothing about this fantasy role-playing game, Agnes reaches out to a local comic book store owner for help in completing her sister's quest. Little does Agnes know that she will be thrust into a world full of goblins, ogres, and evil elves.

The production constantly jumps back and forth between Agnes's real life in 1995 and the fantasy D&D world where Tilly is "reincarnated" through the words in her journal. However, Dave Rzeszutek, SVSU associate professor of theatre and director of the show, promises that audience members do not need to be familiar with role-playing games to follow the story line.

"Even if someone is not familiar with, or has never heard of Dungeons & Dragons before, they will understand the show. The D&D game is a backdrop for the main character to learn about her estranged sister," he said.

The set is designed to reflect when Agnes is experiencing her real life and when she is in the game to help the audience better understand the more unfamiliar aspects of the show.

The show involves many combat scenes between Agnes and the other characters in the game.

Hadley explained that learning stage combat has been the hardest but most rewarding part of preparing for the show.

"It's like really, really intense choreography, and when you get it right, it all just flows so perfectly," she said.

Because these violent scenes are coupled with mature language and adult themes, the show is recommended for patrons age 16 and older.

The Faculty Association at Saginaw Valley State University recognized outstanding faculty members during the 32nd annual SVSUFA Faculty Awards. The awards are presented to those faculty members who have shown initiative in teaching and research as well as providing a supportive environment for their students and colleagues.

Bill Williamson, professor of professional and technical writing, received the Outstanding Mentoring Award for his efforts in assisting his fellow faculty members within the Professional and Technical Writing Department. Colleagues expressed that Williamson's support and willingness to collaborate made him someone they can rely on within the department. He remains engaged in departmental development as well as national discussions on rhetoric and communication by serving as the director of the SVSU Center for Usability Studies and Universal Design, and co-coordinator of the Usability Research Team. He also presents at several regional and national conferences.

The Outstanding Scholarship Award was granted to Jennifer Stinson, an associate professor of history. This award is given to a faculty member who has demonstrated diligence, proficiency and depth in scholarship. Stinson has invested much of her time and efforts into furthering the discussion on race, class and gender in 19thcentury America. Her unique perspective is evident in her approach to these topics, colleagues say. Stinson continues to examine the meaning of slavery and race in specific regions of the U.S. while pursuing the publication of her first book. She continues to present her ideas at conferences around the world. Two of her peer-reviewed articles have already been published in academic journals in her field.

The Outstanding Service Award went to Blake Johnson, professor of art, for his work both on the campus of SVSU and in the surrounding community. Johnson is the founding member of SVSU's internationally acknowledged Cardinal Solutions, an organization dedicated to solving problems for local organizations. The team has quickly established a name for itself in the community, inspiring a 2-year waiting list for its services. Alongside his work with Cardinal Solutions, Johnson is an active participant in all recruiting activities associated with the Art Department at SVSU. He also volunteers his services in the community by putting on art and design workshops for local schools.

The selected faculty members were presented with their awards at the Faculty Association Banquet on Friday, Oct. 13.

A handful of high-achieving SVSU students were also awarded scholarships at the banquet.

Carmen Randall, a nursing major from Bay City; and Kristi Root, a social work major from Standish, were awarded the Chrysalis Scholarship.

Saginaw Valley State University will host its Veterans Day Celebration on Thursday, Nov. 9, from 2 p.m. to 4 p.m. in SVSU Curtiss Hall's banquet rooms. All SVSU students, staff and faculty members are invited to the event.

Douglas Szczepanski, a retired U.S. Army sergeant and 2011 SVSU alumnus, will serve as the event's keynote speaker. The Purple Heart recipient was severely wounded by a suicide car bomb while on patrol in Baghdad in 2005. After a long recovery period, Szczepanski returned to school and founded his own nonprofit organization, Miracle Soldier Inc. Szczepanski now serves as a motivational speaker.

The Veterans Day Celebration also will feature the reading of the winning entry in a recent Veterans Day-themed essay contest as well as a performance by Encore, a registered student organization of singers, musicians and dancers.

First place was awarded to Zac Peterson, a first-year marketing major from Midland, for his presentation titled "Male Body Standards." The distinction earned him a $400 cash prize.

Five other students earned accolades for their presentations during the competition:

The competition is endowed by Larry and Linda Sims, long-time supporters of SVSU. Linda currently serves as senior executive assistant to the president/executive director for communications and external affairs at SVSU; she also previously served as chair of SVSU’s Board of Control.

A Saginaw Valley State University student’s determination in her study resulted in high praise for her academic paper. Kellie Rankey, a creative writing major and sociology minor from Saginaw, won the 2017 Student Paper Award from the Michigan Sociological Association.

Rankey's paper aimed to examine life in the Mumbai slums in order to identify common elements from successful slum redevelopment through community engagement.

“I looked at non-governmental organizations, I looked at statistics, and a history of how the slums developed and then methods that the government has been using and why those don't work," she said.

Rankey devoted many hours of research to the project, including the review of several different case studies that further examined the problem of wealth disparity and slum population increase.

“I found a few case studies of slum improvement processes that had actually worked,” she said. “They used frameworks that started from the bottom up, meaning that they involved the slum dwellers as partners in development.”

For members of the association, Rankey’s approach to addressing community improvement in Mumbai is what set her apart from other students during the conference. In focusing on the needs of the community and several examples of working solutions, Rankey's paper stood out to fellow scholars in her field.

SVSU will host its Veterans Day Celebration on Thursday, Nov. 9, from 2 p.m. to 4 p.m. in SVSU Curtiss Hall’s banquet rooms. Students, staff and faculty are welcomed to attend.

Douglas Szczepanski, a retired U.S. Army sergeant and 2011 SVSU alumnus, will serve as the event’s keynote speaker. The Purple Heart recipient was severely wounded by a suicide car bomb while on patrol in Baghdad in 2005. After a long recovery period, Szczepanski returned to school and founded his own nonprofit organization, Miracle Soldier Inc. Szczepanski now serves as a motivational speaker.

The Veterans Day Celebration also will feature the reading of the winning entry in a recent Veterans Day-themed essay contest as well as a performance by Encore, a registered student organization of singers, musicians and dancers. 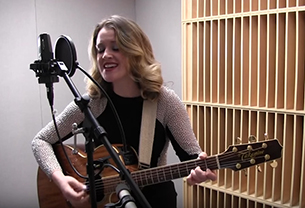 The Cardinal Singers of Saginaw Valley State University will celebrate their tenth anniversary with a concert in the Rhea Miller Recital Hall Saturday, Nov. 11 at 7:30 p.m. The concert will consist of favorite pieces sung by the choir since its founding. Alumni have also been invited to join the current Cardinal Singers for the final song of the night, “The Awakening.”

The Cardinal Singers are the chamber vocal ensemble at SVSU. The vocalists come from all over the state of Michigan, and include both music majors as well as non-majors. They sing a wide array of literature, from Josquin to vocal jazz.

In addition to campus performances, the group has been invited to sing at the National Cathedral in Washington, D.C. and has sung with the Saginaw Bay Symphony Orchestra and Saginaw Choral Society. They have also been an invited choir at the state conference of the American Choral Directors Association.

Founded in 2007, they are directed by Kevin Simons, SVSU associate professor of music, and accompanied by Amanda Stamper.

Many Cardinal Singers have found success in the musical world after graduating from SVSU.

The concert is free and open to the public.  For more information, contact the department of music at SVSU at 989-964-4159 or music@svsu.edu.