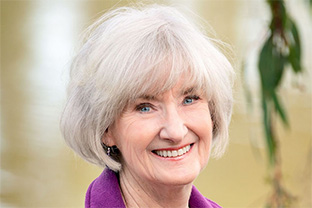 At Saginaw Valley State University later this month, the daughter of a famous writer will engage audiences in a presentation exploring the influence of female writers on the Beat Generation of the mid-20th century.

During her lecture, “The Beat Generation On and Off the Road,” Sylvia will share a collection of her mother’s unpublished stories, poems and paintings. She also will examine how female voices — including her mother’s — shaped Beat generation literature while simultaneously being silenced by it.

Sylvia’s mother was a confidant to beat writers Allen Ginsberg and Jack Kerouac, who explored the effects of war on American culture. Kerouac referenced Sylvia’s birth in a 1951 draft of “On the Road,” a famous Beat novel considered by many as an American literary masterpiece.

Her parents were friends and sources of inspiration for Kerouac. Sylvia grew up immersed in the Beat literature tradition Kerouac and her parents helped shape. She will discuss these experiences in her lecture.

Sylvia previously served as Stanford Medical School Cardiology Division’s publications coordinator and as editor-in-chief of “The Cardiogram,” the school’s newsletter. Currently, she resides in California and provides local lectures at the San Fransisco Beat Museum and other locations.

Her appearance at SVSU is part of the university's annual Visiting Scholars and Artists speakers series program, which was established in part through an endowment from The Herbert H. and Grace A. Dow Foundation to enrich our regional cultural and intellectual opportunities. Admission is free and open to the public for all events.