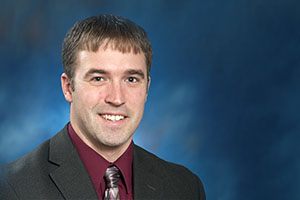 Saginaw Valley State University will host more than 120 employers during its spring University-wide Employment and Networking Fair Friday, March. 27. The event runs from noon to 3 p.m. in the Curtiss Hall banquet rooms.

“This is our largest employment fair since before 2005,” said Mike Major, director of career services.  “We have 127 organizations that will be in attendance this Friday.”

Numbers are up from last year's spring employment fair, where there were 110 organizations represented.

Sponsoring the event are Morley Companies and Independent Bank. Next year's sponsor, Saginaw Bay Underwriters, will also be in attendance.

Professional attire must be worn by all job seekers. The event is open to the public. Advanced registration for SVSU students is available on Cardinal Career Network. Those who pre-register will receive printed ID tags, and will also be the first allowed to enter the fair.