Visual Hacking: The Eyes Have It

Someone looking over your shoulder is not a comforting feeling. Think about where it can happen. You can be on a plane flipping through a magazine, at a coffee shop reading the news on your laptop, or at the office reading emails. Wait a second. At the office reading emails? Absolutely! If this has happened to you then you've been visually hacked. Another person's wandering eye is one of the most common yet one of the most overlooked forms of gaining access to personal information.

How do we protect ourselves from visual hackers?

If you have questions about visual hacking, please contact the Support Center at mysupport.svsu.edu, support@svsu.edu, or x4225.

Skype for Business to Replace Lync

In recent months, Microsoft announced that Skype would be replacing Lync as the collaboration product in Office. Branded as Skype for Business, it will soon be coming to a computer near you.

What does this mean for SVSU?

Software-wise, most collaboration products function the same so the change should be fairly smooth. When your workstation is updated, you will see a new interface that's a combination of Lync and Skype. Users can still chat, share files, and communicate just like before with most of the improvements being behind the scenes.

If you have questions about the update to Skype for Business, please contact the Support Center at mysupport.svsu.edu, support@svsu.edu, or x4225. 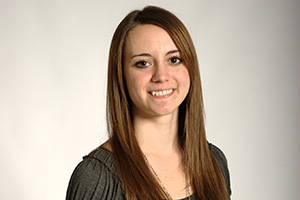